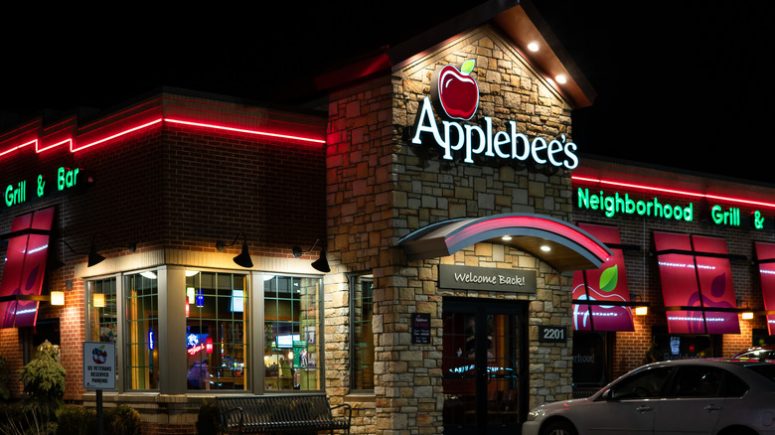 Once upon a time in the mid ’90s, my family regularly enjoyed lunch or dinner at Applebee’s. The national restaurant chain was founded in my home state of Georgia and rapidly expanded across the country that same decade. Americans loved the affordable comfort food, as did my father. Our whole family did really. So we ate there often.

Fifteen years ago, that all came to a screeching halt. After the last of an increasingly disappointing, if not unappetizing, meal, my twenty-something wife and I turned to each other and announced, “Let’s not eat here again.” So we didn’t.

Why did we go back? Nostalgia. More specifically, my father died this month and the idea popped into my head to take my own children to the place I enjoyed as a boy. On top of that, a terrific pop song that immortalizes Applebee’s went viral this month. So I thought, “Let’s give it a go. The food will probably be bad, but it’ll be fun. And I can write a story about it.”

So here we are.

It was not fun. The food was even worse than I expected, and I already expected it to be sub par. I ordered the “Fancy Like” special; Bourbon Steak with an Oreo shake (“two straws, one check, girl I got you”).

The steak was okay and obviously cooked on an actual stove, unlike the majority of Applebee’s food, which is commercially microwaved. But the seasoning didn’t taste right. A little busy. The sautéed mushrooms and onions were overly greasy, and I only received three mushrooms. I counted.

The steamed broccoli had a beautiful color and was the most normal thing on the menu. I enjoyed their God-given taste more than anything else. The mash potatoes, however, obviously came from a bag. They appeared more brown in color than most of us associate with mashed potatoes. And they had a very unsavory texture to them. Not fluffy or creamy — just bleh.

The rest of my family ordered chips and white queso (another Southern classic comfort food), the sampler appetizer plate, chicken tenders, and a cheeseburger. The tortilla chips were the worst I’ve tasted in I don’t remember how long. Stale, greasy, with a weird aftertaste. I’m not picky about tortilla chips either. I buy Walmart’t cantina brand at home and love them.

The queso didn’t appear to be cheese. It just looked, tasted, and felt more foreign than normal. It was faux white queso. We didn’t finish it or the sampler. The buffalo wing sauce had a chemical taste to it that was extremely off putting. Not one wing was wholly consumed. Not one. The chicken quesadilla was okay, but the overly processed cheese rubbed me the wrong way.

My daughter finished her cheeseburger, which was the best looking, tasting, and presented entree that any of us got. Not amazing. But not bad. The bun was actually beautiful toasted; soft on the top, crunchy on the inside. The chicken fingers looked dry, overly cooked, and visually inferior to the more affordable Chick-fil-A equivalent.

As for the Oreo Shake, they used real Oreos but “frozen desert treat” in place of real ice cream, which left a lot to be desired. Seriously, they could have just blended Walmart cookies and cream ice cream for much better (and presumably equally affordable) results.

All in all, our meal was disheartening, overpriced, and mostly microwaved processed food with drab textures and unnatural flavors. What was supposed to be a fun, family dine out quickly devolved into one with sideway glances and gastronomical second-guessing. It wasn’t vomit-inducing as my sensational emoji suggests. Certainly not as bad as the roadside, one-star restaurant I reviled in Idaho once. But Applebee’s was absolutely unpleasant and regretful.

On the other hand, the restaurant was clean, well-lit, and our server was very good. But good service can never make up for failed food. Ever. (See also: The Soup Nazi)

If you enjoy Applebee’s, I won’t judge. One of my favorite people in the world prefers MacDonald’s over In-N-Out, and we’re still close. On top of that, there are over 1700 Applebee’s in America, so there are plenty of people who still enjoy it.

I’m no longer one of them, even after giving them a second chance. ★★☆☆☆