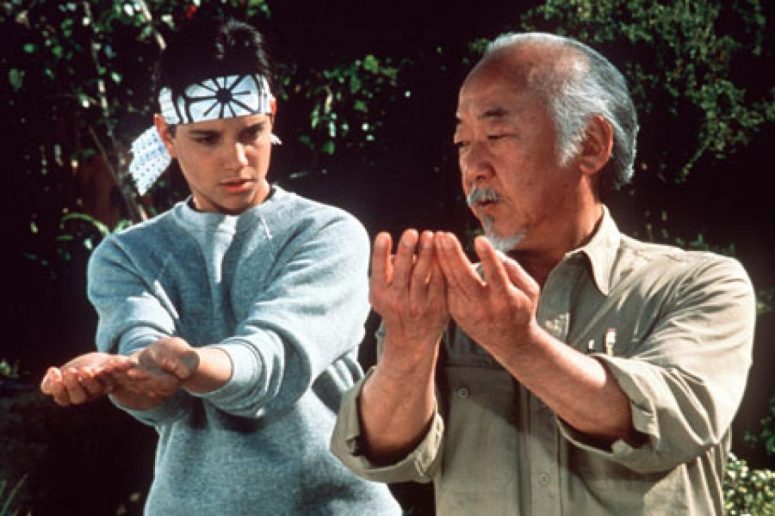 The following comes from PowerSpace, the self-mastery newsletter I co-founded:

There is a great, if slightly oversimplified, scene from Karate Kid II in which the protagonist laments to his calming sensei that his life is out of balance after getting dumped by his girlfriend and wrecking his car the night before. To help him quickly move to the present, the beloved Mr. Miyagi encourages his devoted student “Daniel San” to deliberately concentrate on his breathing.

“When you feel life is out of focus, always return to basic of life: breathing,” the master says. “No breathe, no life.” From there he instructs both the protagonist and viewers to inhale deeply and slowly from the nose. Followed by  exhaling deeply and slowly through their mouths several times while using both hands as a guide to the inward and outward exercise.

Afterwards, Daniel returns to work and drives a nail into a two-by-four with a single thwack! END_OF_DOCUMENT_TOKEN_TO_BE_REPLACED