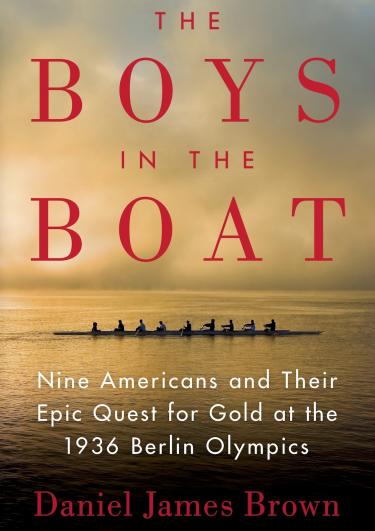 The Boys in the Boat by Daniel James Brown is a wonderful story about overcoming neglect, economic depression, immense pain, and even global fascism in the 1930s. With exception to the Nazis, the characters are likable. The prose is poetic. And the well-documented feat is awe-inspiring. Five stars out of five.

These are my favorite passages:

Having first seen the movie, I read Nick Hornby’s About a Boy over the holidays and am glad I did. Here’s what stood out: