Many years ago, I subscribed to over 150 news feeds. I was a hard news journalist (aka tech blogger) at the time and believed I needed to monitor that many sources to perform my job.

After realizing how much time I wasted on redundant news, I reduced that number to 30. A few years later, I cut my consumption again to just six daily outlets, before eventually settling on four per day for the last several years (one national outlet, one state, one city, and one long-read curator).

Since pandemic started, however, I noticed a disappointing trend: even the trustworthy sources I still read seemingly couldn’t look past the moving target that is coronavirus. They had become temporarily myopic, if not overly doomsday-ish, and were incapable of telling the whole truth (i.e. the world is getting much better).

In light of this, I cut my daily news in January to just two sources per weekday, one of which is delivered straight to my inbox. That source is the Need2Know newsletter, which summarizes what their editors deem as the 10 most important news updates every weekday. In just five minutes, I get smart summaries with a few smile-inducing comments from the Associated Press, New York Times, USA Today, and other specialist publications. (The other daily source I still follow is Digg’s Long Reads for in-depth reporting.)

After cutting my news to just two daily sources (note: I no longer read news on weekends as Need2Know alerts me on Monday of anything noteworthy), I went from spending on hour on news each day to no more than five minutes, minus the long reads I still reach for on my lunch break.

Like all previous instances that I dramatically reduced my news intake, I suspect I’ll be just fine this time, if not even prosper with the added hour the act afforded me. 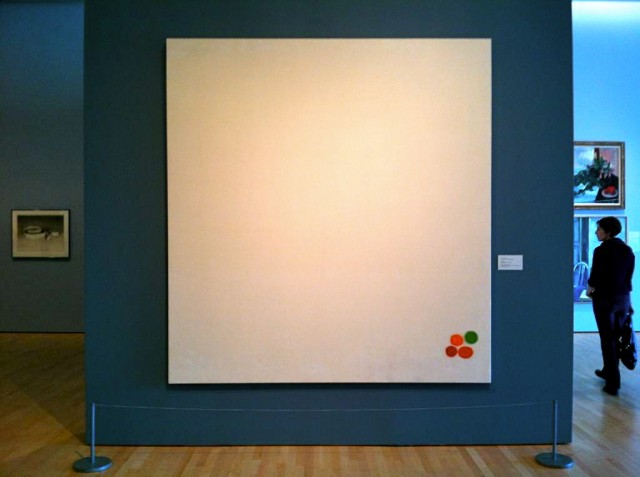 I’m tired of seeing art like this in museums. Last year at my local MOA, someone staged an entire room with nothing but lighting and black pebbles on the floor against an undecorated wall.

My take: Mediocre art like this doesn’t deserve to be in museums. It’s a clunky, cliche, and thoughtless attempt to challenge the definition of art.

We get it. Art can be anything. Pollack and Warhol said so decades ago. Many others before them did the same.

Snob rant, over and out.