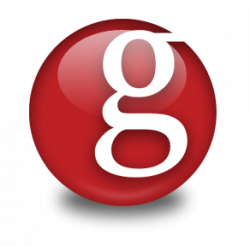 But if you operate a working, established, or otherwise popular website (say at least 2,000 visitors per day), I would never recommend a major visual or mechanical overhaul. It pisses people off. And when that happens, loyal visitors flock to alternatives in mass exodus, as Digg users have done this month.

There are a couple of exceptions to this rule. If your website has a monopoly on information, you can do whatever you want, and readers will keep coming back. And if your website isn’t “working, established, or popular” to begin with, you only stand to gain from a major overhaul, provided it’s done by someone who knows what they’re doing (aka no flash, proper xhtml/css coding, a regular content plan, and most importantly, good usability).

What can you do then to improve or refresh established websites? My advice is to make subtle changes to your design and monitor your visitor’s behavior. If the change has no significant effect, or better, a measurable improvement, keep the change. If the change is off-puting to visitors, revert to the the previous version immediately and re-evaluate both your desire for change and your strategy.

I know this holds true on the few “popular” websites I publish. And if Digg is any indication, I know it holds true for mega websites as well.

May all your redesigns be well-received. 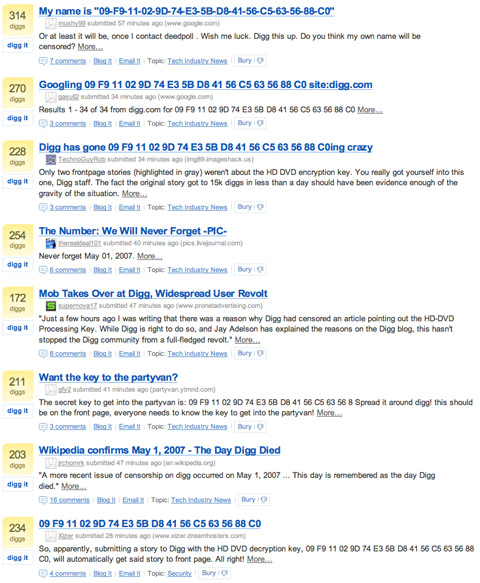 An HD-DVD code hits the intertubes allowing Linux geeks to illegally play the HD format on their computers. The code gets posted to Digg. Digg takes it down for fear of legal action (though the site was sponsored by a HD-DVD promotional group a while back). Diggers (a swarming nerdfest of white, web-savvy geeks like myself) repost, repost, and repost. An online revolt is underway. I’m guessing it’s fleeting as Digg is such a stellar platform for junk news (sometimes good news), but the peeps are pissed. It’s interesting to see it all pan out. Read Ryan Block’s report for the full skinny.

Disclosure: I very much like Digg and use it on a regular basis to self-submit and drive mucho traffic to my articles.

UPDATE: One Digg commenter nicely summed up the phenom tonight, “It’s like watching a city on fire…” It really is. Crazy.

What do you get when you mix Slashdot community ratings with MySpace social networking and Delicious tags to let users categorize stories? You get Digg.com, the company I believe is revolutionizing relevant search and turning the news into a democracy. I’ve said it before, and I’ll say it again, search engine optimization, machine algorithms, and search engine bots are on the way out. Though it may be several years, people engines via the social web will be the future of search relevancy. Don’t get me wrong, I think indexing will still be used, but human relevancy is far superior.

From the article: “Imagine being able, for example, to use Digg to explore the popularity of consumer products such as cell phones or plasma TVs–to be able, as Rose put it, “to drill down among your set of friends or the masses and see their opinions.” Then imagine this capacity married to the recommendation-engine feature that Rose and his team are working on. In other words, Consumer Reports, look out.”