For the next month, soccer fans watching the World Cup will see more fake injuries than any amount of magic spray could possibly cure. And by fake I mean diving, flopping, conniving—temporarily feigning injury in an effort to draw an advantageous ruling on the field.

Although seen in international soccer with regularity, diving during the World Cup happens in greater frequency because the stakes are higher. (This is the world championship, after all, held once every four years.) And when the stakes are higher, cowardice teams will employ anything they can for an edge.

“In the British game, it is often seen as an import from foreign players,” says psychologist Paul Morris, who studies diving at the University of Portsmouth. “Many people argue that it has been common in Italian football for decades.” END_OF_DOCUMENT_TOKEN_TO_BE_REPLACED 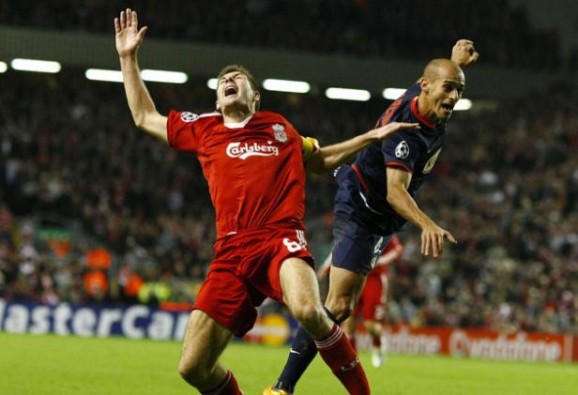 It may be called “the beautiful game,” but soccer is full of bad acting.

If fans want their sport to be taken seriously by fellow Americans—in other words, thrive here—they need to shun diving from the game at all levels. Otherwise, tough-loving American sports fans will never embrace the sport. And soccer fans in general will continue to get an inferior product. END_OF_DOCUMENT_TOKEN_TO_BE_REPLACED