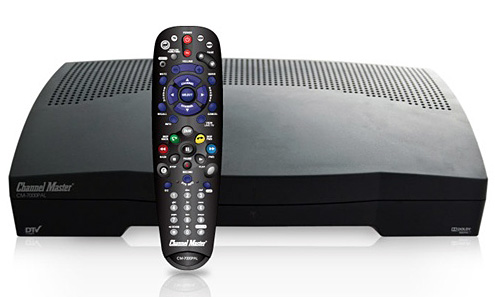 Channel Master sent me their over-air DVR for possible media consideration. After spending a few days with it, I’m impressed. Enough to talk about it on my personal blog. Here’s how it works: END_OF_DOCUMENT_TOKEN_TO_BE_REPLACED

… than watching this. Usually (I make exceptions for high-profile sporting events and the occasional Netflix stream.)

Point is, DVR lowers your standards. You wouldn’t watch half that crap (and by “crap,” I mean poorly produced, written, and acted shows when compared to movies) if it were live. So why subject yourself to lesser entertainment? I’m sure some people use DVR as it was designed: to make it easier to watch the shows you used to watch live. But the majority of DVR users actually abuse the technology, and end up watching more television (i.e. settling) than they normally would.

In that sense, DVR is not better living through technology. It’s clouding our judgment. It’s reducing our ability to think critically.