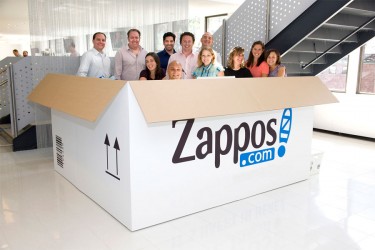 “A lot of our job candidates are from out of town, and we’ll pick them up from the airport in a Zappos shuttle, give them a tour, and then they’ll spend the rest of the day interviewing,” Hsieh says. “At the end of the day of interviews, the recruiter will circle back to the shuttle driver and ask how he or she was treated. It doesn’t matter how well the day of interviews went, if our shuttle driver wasn’t treated well, then we won’t hire that person.”

Good to know if you’re looking for work (or hoping to land a better job).