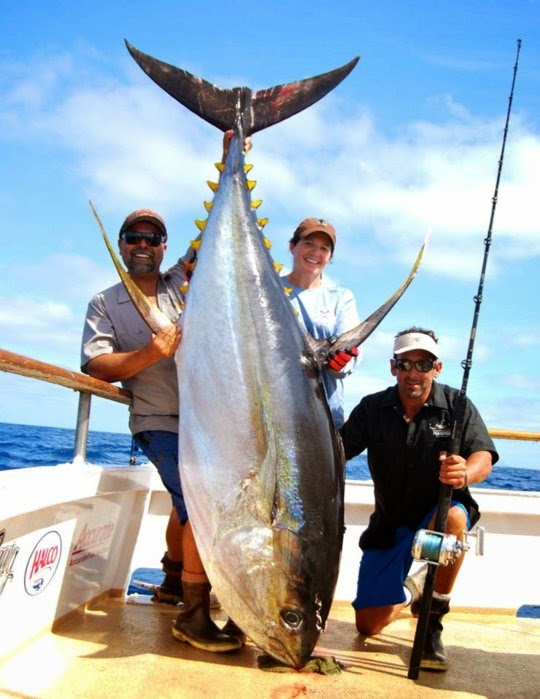 As one of the fastest fish in the sea, tuna can swim nearly 50 miles per hour. The largest species, the Atlantic bluefin, and grow as long as 15 freakin’ feet.

In short, tuna are incredible, as this captivating profile by Katherine Rundell so deftly proves: “If you land a big tuna after a six-hour fight, fight him man against fish when your muscles are nauseated with the unceasing strain, and finally bring him alongside the boat, green-blue and silver in the lazy ocean, you will be purified and be able to enter unabashed into the presence of the very elder gods, and they will make you welcome.”