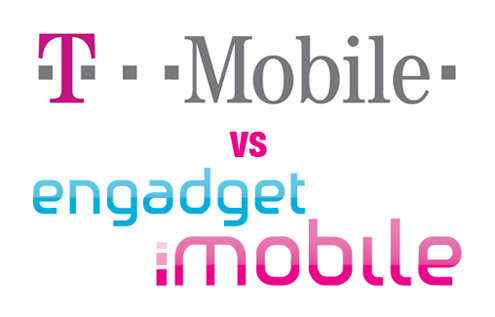 Engadget tells the story: “So last week Deutsche Telekom, owners of the global T-Mobile brand, sent Engadget a late birthday present: a hand-delivered letter direct from their German legal department requesting the prompt discontinuation of the use of the color magenta on Engadget Mobile. Yep, seriously.”

If you read the legalese, the company says it “holds trademark protection for this use of this color in connection with its products and services around the world.”

Since when could you copyright a color, even in connection with a product or service? Ridiculous — otherwise Apple could sue any computer-maker that used the color white (though white’s not really a color, so that opens another can of worms).

Atta way to exploit legal muscle, T-Mobile. Nice form. Really. This totally makes me want to stay with you instead of jumping to AT&T’s iPhone.

END_OF_DOCUMENT_TOKEN_TO_BE_REPLACED

USA Today: “Vonage has finally confirmed what many had feared: The embattled Internet phone company has no ‘workaround’ in hand to sidestep Verizon’s patented Internet phone technology… While Vonage has studied methods for designing around the patents, removal of the allegedly infringing technology, if even feasible, could take many months to fully study and implement.”

So unless a judge grants Vonage a permanent stay in light of the Verizon VOIP lawsuit, the company will most likely go under. At least for a few months, and I can’t wait that long without an office number.

Any other Vonage customers out there following the news?

Mirror, mirror, on the wall, who sues most of all? These 10 companies based on trademark lawsuits from 2001-2006 taken from the sidebar of this article:

So what can be gleamed from this info? Either these companies are overprotective or have several others infringing on their IP.