Now we have proof. Scientific proof that suggests couples with a disproportionate number of daughters like us tend to be more beautiful than those who conceive more sons. 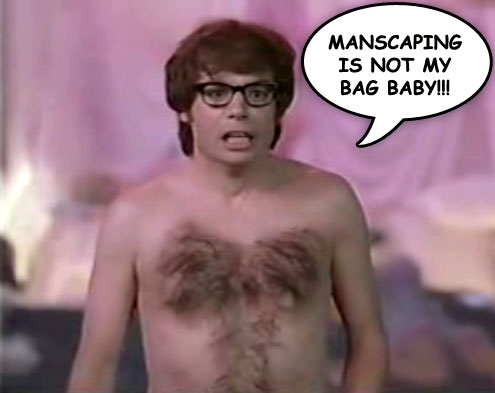 Confession: I hope I never require manscaping. And by manscaping I mean below the neck body hair in general, not below the belt (get your head out of the gutter!).

But yeah, as I near 30 years of age, I’ve spotted some undesirably scragglies on my back. And I can’t even grow a beard. It’s coming, I fear.

So gentlemen, do you manscape? I know you metro sexual gym rats do — what with your baby smooth arms and legs. Ladies, do you encourage it?

In any case, I want no part of it.