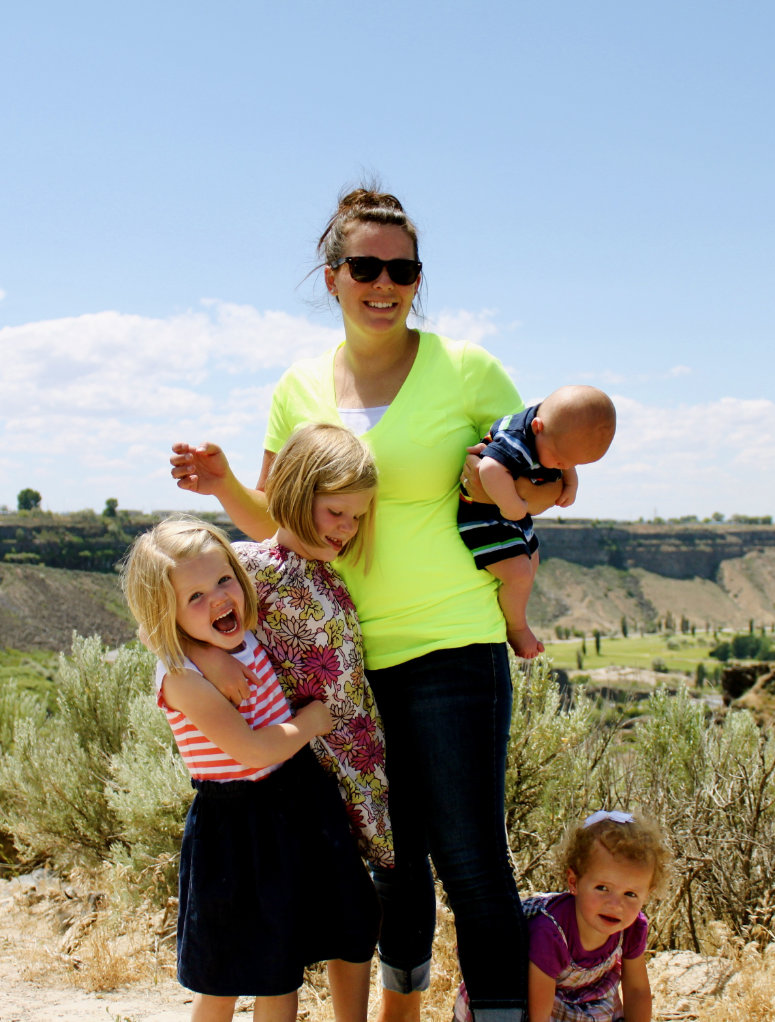 Facing your fears is never easy. It doesn’t get easier with age.

My wife and I were talking about facing our fears recently with our daughter Sadie. She runs on the track team but it makes her nervous, as any track athlete well knows. We complimented her for running, which is a painful event at the speeds track runs.

Quick backstory: Sadie finished second in the state of Utah while running the mile in grade school. Nevertheless, she was so scared she’d finish last in her first high school meet, that she didn’t even register for the mile. She chose sprints instead and got blown away. That’s what happens when distance runners run sprints.

Anyways, her mother and I encouraged her to run the mile, 400, and 800 next time. She accepted the challenge (we didn’t force her), and she registered for all three events at her next meet. She was visibly nervous for the full week leading up to the big day.  END_OF_DOCUMENT_TOKEN_TO_BE_REPLACED

But in my experience, we can replace that fear and doubt with hope and love by doing the following:  END_OF_DOCUMENT_TOKEN_TO_BE_REPLACED 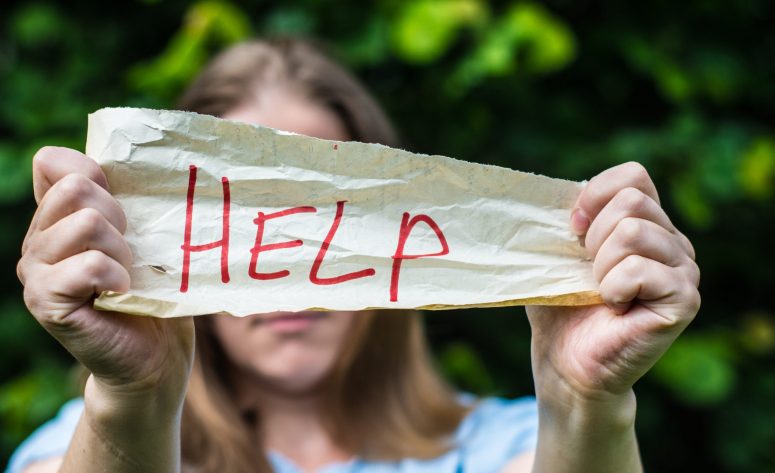 My daughter taught, if not reminded, me of an important lesson last week.

While driving home after dropping off one of her applications, I saw a homeless woman on the corner. At first glance, she looked like she might have been high or intoxicated, so I quickly drove past. Upon second thought, I turned to my kiddo and asked, “Do you think we should give our blessing bags (that we keep in the car) to homeless people that look high or might not benefit as much from them?” After a moment, Sadie plainly answered, “Dad, I don’t think we should ever judge a book by their cover.”

Of course she was right, so I quickly responded by turning around and driving back to the spot where the woman was standing. I handed Sadie a bag from the back of the truck. She rolled down the window to the approaching woman. “Here you go,” the former said to the latter.

It was dark outside but the street lamp was bright enough to reveal a woman with lively eyes, a completely sober demeanor, and a bright, appreciative smile. I felt warm inside and was proud of the example that my 14 year old had shown. 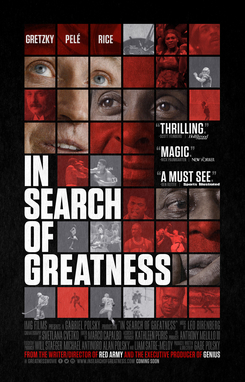 I recently watched In Search of Greatness and learned a lot.

The documentary makes a convincing argument that structured specialization prevents our children from achieving greatness, especially in athletics, but also in other disciplines.

After interviewing and examining the upbringing and work ethic of over a dozen all-star athletes and musicians, the movie concludes that if you want your child to be great, raise them on a well-rounded diet of interests and physical activities. Do this until at least late high school or even college in some cases. Only then should children focus and devote the majority of their time to one pursuit.

Although it seems counter-intuitive, the filmmakers argue that this strategy allows our youth to play by different rules and see things differently. And there’s strong evidence suggesting this cannot be done if aspiring athletics, musicians, and others are strictly raised on only speciality from a young age, which is increasingly the norm now. That’s bad because youth specialization stifles their creativity and innovation and prevents them from developing other muscles and talents that can have a positive crossover effect on their primary passion.

I buy it. Four stars out of five.

I’ve been reading Jonathan Haidt lately and find his work fascinating. From his latest book, he debunks the following three myths that make our kids and ourselves worse off:

Haidt is quick to point out mounting research showing that we live in the most physically safe, peaceful, and prosperous time in history, despite our very real problems. But believing in the above only makes the world more offensive than it really is.

For a more fulfilling and less aggravating life, we must roll with the punches, look for disconfirming evidence, and treat most of life’s tragedies as the complicated gray messes that they really are as opposed to always looking for a villain to place blame upon.

I have a confession to make—when it comes to raising a family, I don’t believe in “quality time,” a phrase you’ll often hear in America as justification for earmarking or designating an especially important encounter with children.

In truth, I just believe in time. And sometimes that time is nothing more than quantity. In other words, I try to be accessible and available to my children, even if I don’t have something particularly profound to say or a bond-worthy experience worth sharing. For example…  END_OF_DOCUMENT_TOKEN_TO_BE_REPLACED 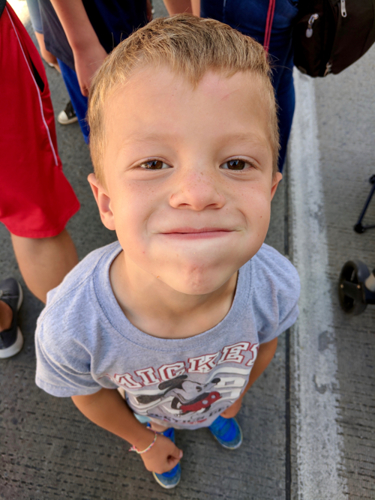 How can parents help their children to manage and overcome stress?

The answer is resilience, according Barry Fell, an adolescent therapist and personal friend of mine. So to help our children overcome stress, we must first help them develop resilience.

Here are eight ways to do just that, according to Fell: 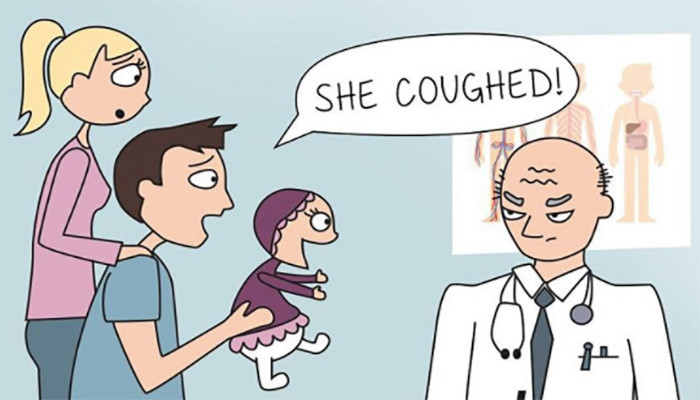 In many ways, modern parenting is a marked improvement over past generations. Many parents today are much more involved, supportive, gentle, and engaged in their children’s daily lives.

On the other hand, my wife and I have observed several not-so-good habits of contemporary parenting. They are as follows:  END_OF_DOCUMENT_TOKEN_TO_BE_REPLACED

My dad won’t like me for repeating this on the intertubes, but it’s too good not to.

Growing up, my old man would regularly sneak off to his tiny toilet room to get away from his loud wife and six, know-it-all children. It was one of those “bathroom within a bathroom” type deals where the toilet had its own lockable door—you know, for added privacy and to keep the fumes from offending a significant other using the sinks, bath, or shower.

Funny thing is, that toilet room would have been claustrophobic for an undersized gnome. While sitting on the toilet, small children could have (and regularly did) touch opposing side walls with ease. It couldn’t have been longer than six feet.

Nevertheless, my dad would retreat there for what seemed like hours, reading Rand-McNally maps or whatever almanac or resource books he left in there. It was his sole sanctuary, that is until he took over the entire second floor after the kids left home.

As a stunning teenager, I remember thinking something like this: “Dude bought this big ole house and everything in it, and yet the only space he has to himself is a 6×3′ toilet room.”

Now, as the children have begun overrunning my own house, I have found myself in similar situations. Granted, I have it better than he did. I enjoy a private home office that is only occasionally open to the kids for impromptu dance sessions (since my desktop doubles as the house’s best hi-fi). And my “toilet room” is much larger than his.

But I still stay in the bathroom longer than I should. The only difference is instead of Rand-McNallys, an iPad comes with me.

(Note: I defer all flagging concerns to George Costanza)

Dear R.F.: Why on Earth would you ask me, a complete stranger, such an important question without knowing my background first? I could be a baby-snatcher for all you know, or completely against everything you believe in! But alas, perhaps you’re at your wits end and have no one to confide in. If that’s the case and you don’t feel comfortable anonymously researching different opinions online or posting to a message board, then I’ll indulge you. And I assure you I’m neither a baby-snatcher nor a posturing moral hypocrite. END_OF_DOCUMENT_TOKEN_TO_BE_REPLACED

Now we have proof. Scientific proof that suggests couples with a disproportionate number of daughters like us tend to be more beautiful than those who conceive more sons. 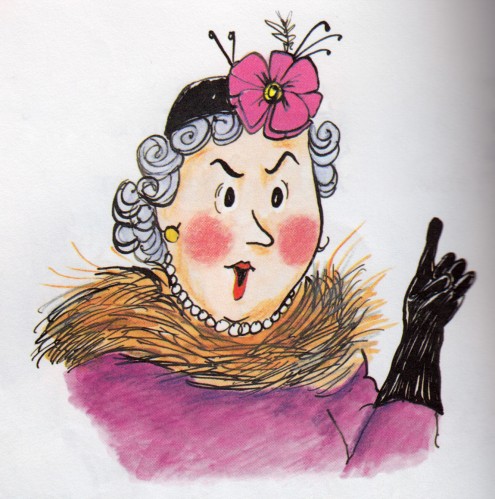 As recently seen in a book read to the girls. Anyone know the book?

The rascal you see pictured above is my 1 and a half year old, Maddie. Lindsey and I often call her “The Destructor,” because she’s so rambunctious.

I first noticed Maddie’s habit several months ago. If the girls are ever meant to share something, Maddie will usually dangle it in front of her sister, then rip it away at the last minute with a cute little chuckle grunt. Like her mother, Sadie would never do something like this, nor does she find pleasure in doing so.