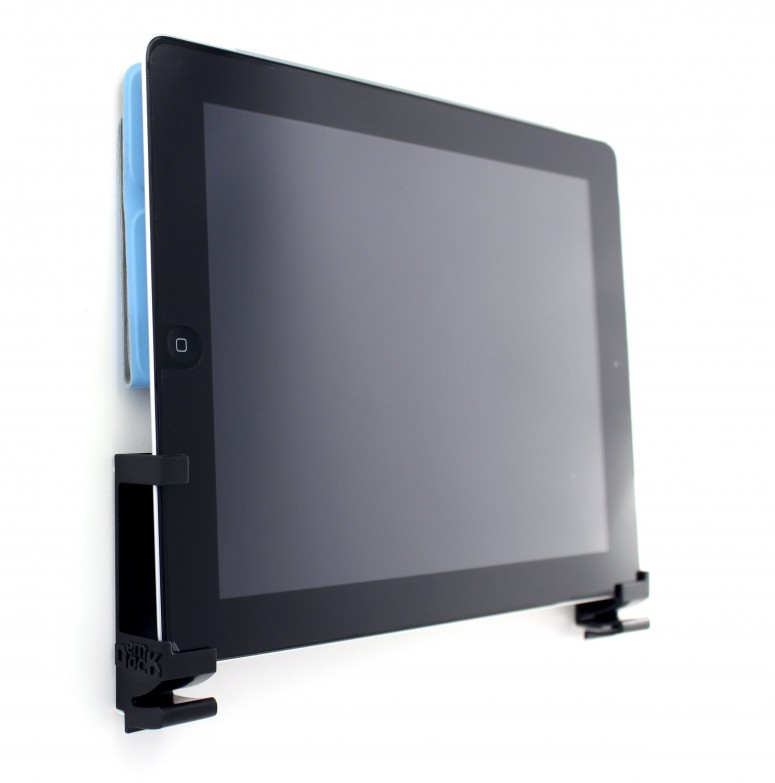 My household is in the minority. We don’t use our iPad much, preferring instead smartphones, TV apps, and good old-fashioned laptops with keyboards.

That changed this week when I discovered an accessory that transformed the family iPad into something mesmerizing. A simple, $10 wall dock. Adhere it to the wall. Slip in any old tablet, enable slideshow mode, and voila! The device becomes useful wall art.

Since assembling the dock, I’ve caught most members of the family staring at, smiling at, and enjoying the iPad for extending periods of time, thanks to the 10 years of photographic evidence on display. It’s the best way I know to move albums from a hard drive into the living room.

My dad won’t like me for repeating this on the intertubes, but it’s too good not to.

Growing up, my old man would regularly sneak off to his tiny toilet room to get away from his loud wife and six, know-it-all children. It was one of those “bathroom within a bathroom” type deals where the toilet had its own lockable door—you know, for added privacy and to keep the fumes from offending a significant other using the sinks, bath, or shower.

Funny thing is, that toilet room would have been claustrophobic for an undersized gnome. While sitting on the toilet, small children could have (and regularly did) touch opposing side walls with ease. It couldn’t have been longer than six feet.

Nevertheless, my dad would retreat there for what seemed like hours, reading Rand-McNally maps or whatever almanac or resource books he left in there. It was his sole sanctuary, that is until he took over the entire second floor after the kids left home.

As a stunning teenager, I remember thinking something like this: “Dude bought this big ole house and everything in it, and yet the only space he has to himself is a 6×3′ toilet room.”

Now, as the children have begun overrunning my own house, I have found myself in similar situations. Granted, I have it better than he did. I enjoy a private home office that is only occasionally open to the kids for impromptu dance sessions (since my desktop doubles as the house’s best hi-fi). And my “toilet room” is much larger than his.

But I still stay in the bathroom longer than I should. The only difference is instead of Rand-McNallys, an iPad comes with me.

(Note: I defer all flagging concerns to George Costanza)

END_OF_DOCUMENT_TOKEN_TO_BE_REPLACED 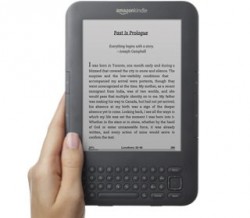 A year and a half ago, I ignorantly called e-readers The Emperor’s New Clothes.

Today, it is I who stands naked before you.

To be fair, I still buy printed books. But only because I’m a cheap skate and I like being able to pass my favorite books on to friends and family—can’t do that with my Kindle.

That said, e-readers are a great way to own hundreds of classics for free, not to mention the occasional contemporary book bought on discount. Not only that, but Kindle is a wonderful way to read literature.

New prediction: E-readers, will in fact, replace the majority of books (but not all, they will stay niche like pencils).