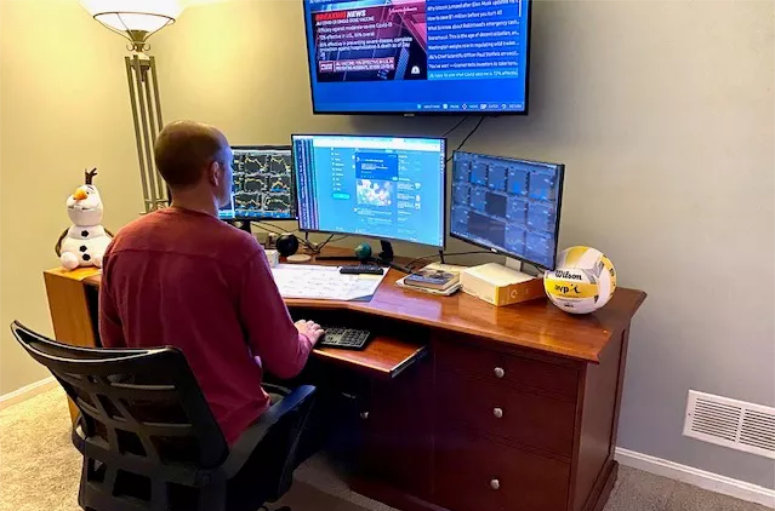 This is an amazing long-read by The Ringer: “It’s a Cinderella story. Mike truly is Cinderella. The money Mike made was stupid money. But it didn’t happen to him overnight. He saw this and we were in it long before all this frenzy. But now he’s set for life.”

If you watch TV, chances are you’ve seen numerous investment commercials for Prudential, ING, Pacific Life, Merill Lynch, Charles Swab and countless others. What you might not have seen is the fine print during all this commercials: “Investment products may lose value” and “Investments involve risk.”

This of course is neatly tucked away at the bottom of the screen while some voice over promises an increase in wealth, a secure future, and guaranteed retirement. It’s yet another reminder that what these people are really selling is speculation.

In other words, know your stuff before playing the game, or stick to what you know if you want to protect and grow your principle.

The British had it right at one time. During the 19th century, their culture viewed stocks and securities exchange as a less than noble venture, according to the writings of Jane Austen and Charles Dickens—like how you and I look upon multi-level marketing companies today. Appropriately, the stock market was widely known then as “speculation.” A theory. A guess. An unverifiable promise or conclusion.

At some point, investment sharks (don’t call ’em bankers) hijacked the accurate description of “speculation” to mean “investments,” “stock market,” and “Wall Street”—prestigious terms that sound nothing like the conjecture they represent. Smart people made money on changes in the fickle market, giving hope to uninformed individuals, who blindly followed and still lose the majority, if not all their money, every few decades. Some are lucky. Most are not.