After my weekend binge, however, I reconfirmed my belief that The Beatles are the greatest pop band ever—ahead of only Elvis and Michael Jackson in terms of the shear number of songs I enjoy. Either way, this is what I learned from my quarantine experiment: END_OF_DOCUMENT_TOKEN_TO_BE_REPLACED

Either way, this song rocks. 1964 was kind to pop rock lovers. 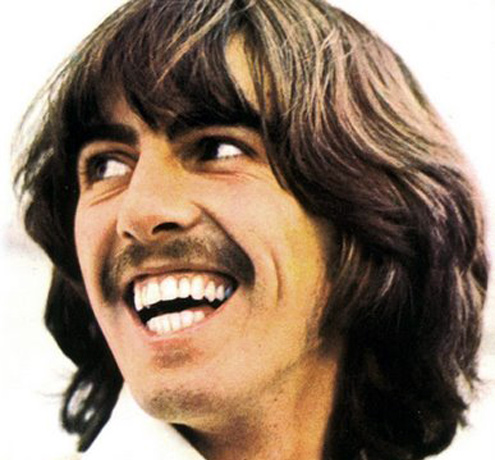 To commemorate the Beatles’ remastered catalog (which I will not be buying, especially since its CD only), I thought it an appropriate time to cash in on the uptick in Beatlesmania interest, some 40 years after the band broke up. So without further adieu, I give you: The top five greatest Beatles tracks sung by George Harrison. He may have only canaried 30 songs of hundreds, but when he did—man were they good.

END_OF_DOCUMENT_TOKEN_TO_BE_REPLACED 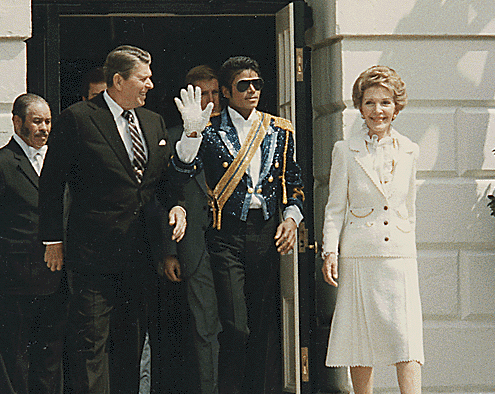 I sat about 150 feet from both McCartney and Starr, as they unveiled the upcoming Beatles Rock Band game. “The game is good, the graphics are very good—we we’re great,” Starr said to roaring laughter. Since they quit touring in 1966, it was an honor to be in their presence. END_OF_DOCUMENT_TOKEN_TO_BE_REPLACED

I had the chance to play both DJ Hero and Beatles Rock Band this week. Fully. Awesome. While my interest in rhythm games has waned recently due to overexposure, these two tickled all the right spots to get me excited again. Cannot wait. 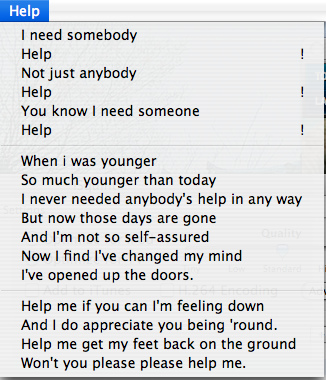