I sat about 150 feet from both McCartney and Starr, as they unveiled the upcoming Beatles Rock Band game. “The game is good, the graphics are very good—we we’re great,” Starr said to roaring laughter. Since they quit touring in 1966, it was an honor to be in their presence. 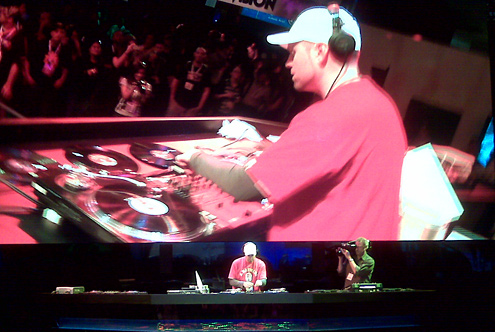 The next day, I was walking the show floor when immediately I recognized a song I’ve never heard in public: “Organ Donor,” by DJ Shadow, from his seminal Entroducing (or as I like to call it, the best album solely comprised of samples). I stopped short, turned, and there on this ginormous stage stood Shadow himself, mixing and scratching like you wouldn’t believe. “You don’t see any computers up here,” he said between a song, commenting on the rise of computer DJs that build their sets before hand and basically push play. “Crap is getting ridiculous,” he added, “You’re suppose to be using vinyl.”

In addition to seeing the Beatles and Shadow at E3, I also spotted a couple of mini celebrities: Steve Wiebe from King of Kong; and Mini-Me (aka Verne Troyer). Here are my amateur paparazzi shots to prove it: 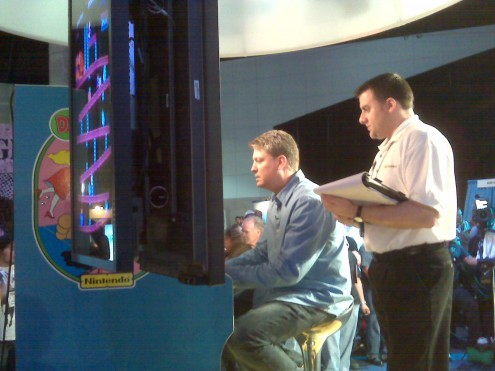 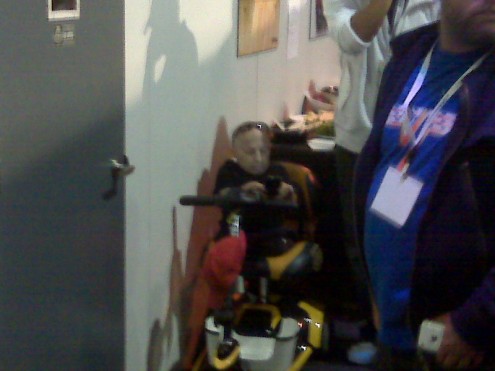 Overall, E3 2009 was a hit, with enough games and new technology to ensure I remain a manchild for a very long time. Until next year.