As part of her piano lessons, my 7 year-old studies one piece of classical music each week, hand-picked by her teacher.

Consequently, our entire family has been exposed to wonderful music, stuff well beyond the popular Mozart, Bach, and Beethoven pieces. It’s like we’re getting a personal classical music DJ or curator, in addition to professional lessons. Score!

I plan to make a compilation of our favorite new discoveries. In the meantime, I’ll leave you with this playful, beautiful, and surprising dandy by Haydn, which was the study assignment for this week. 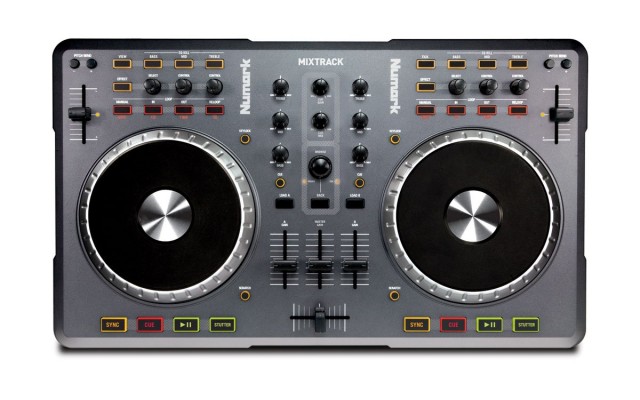 I sat about 150 feet from both McCartney and Starr, as they unveiled the upcoming Beatles Rock Band game. “The game is good, the graphics are very good—we we’re great,” Starr said to roaring laughter. Since they quit touring in 1966, it was an honor to be in their presence. END_OF_DOCUMENT_TOKEN_TO_BE_REPLACED

I had the chance to play both DJ Hero and Beatles Rock Band this week. Fully. Awesome. While my interest in rhythm games has waned recently due to overexposure, these two tickled all the right spots to get me excited again. Cannot wait.

Author’s note: This is the piece I pitched to the Miami Herald and DJ Times after our stay in Fort Lauderdale. The Herald said it was too “trade specific” and the Times said it was too “Stanton specific,” so I’m publishing it here so it can see the light of day. Enjoy.

“Though vinyl’s popularity waned with the emergence of cassettes and CDs in the late 1980s, records continue to hold a niche in the music marketplace, especially among audiophiles and DJs,” says Joshua Friedlander, vice president of research for the Recording Industry Association of America (RIAA).

Helping to boost last year’s total is a growing number of teens who prefer the collectible nature and warmer sound of vinyl—comparable to listening to a “live” self-playing piano, as opposed to flat MP3s, which are often forgotten as quickly as they are downloaded.

END_OF_DOCUMENT_TOKEN_TO_BE_REPLACED

After a three year hiatus, I exhumed my turntables from under my bed last month. The “wheels of steel” proudly rest beneath Joe DiMaggio in my office now, and I’ve officially rekindled my love for analog sound, which is deeper and more “alive” than the high-fidelity of DVDs.

It’s hard to explain the enjoyment that comes from mixing and interacting with records (also known as blending or beat-syncing). It’s not as liberating as playing an instrument, but it’s not as passive as listening to a CD or MP3. The turntables are more microphone than music player. The records are the voices and are highly manipulable, thanks to the hands-on approach and tempo-shifting abilities of standard direct-drive tables.