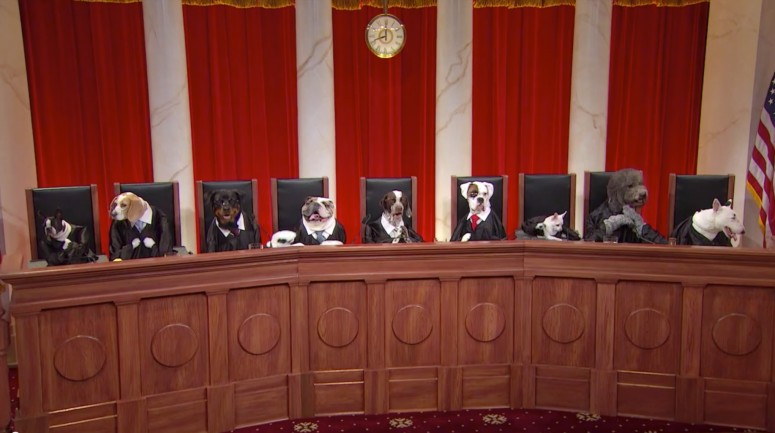 I believe final, condemning, or otherwise hasty judgment of others is like hatred. It is learned, immoral, and vile behavior that worsens with age and leads to unhappiness.

Obviously, we’re required to make mortal judgments on the accused if on jury duty. And we need to judge the fruits and motives of others to make important decisions in life, such as choosing friends, voting for government leaders, engaging in business transactions, shielding our children from danger, or marrying someone.

While many of us struggle in making the above judgments, all of us suck when it comes to judging others out of misguided fear, selfishness, or an attempt to validate our lifestyle over another’s. It is this type of misjudgment that is so difficult to avoid.

Earlier this year, I learned a useful trick for combating this. Before leaving our old house for a new one, we were contractually obligated to complete a detailed cleaning. In our last week of unkempt occupancy, our super asked my wife to show the house on short notice. She was reluctant to accept given the boxes, clutter, and disgusting dust build-up on the windows and baseboards. “I won’t judge,” he gently reassured her. And he didn’t.

I was impressed by his example. Since then, I’ve told myself this whenever I’m tempted to label, convict, vilify, or prematurely judge someone without knowing all the facts, which is most of the time.

It’s nothing like the bottled combustion of “serenity now,” and everything like the confidence-boosting self pep talk. If the last nine months are any indication, I’m convinced this strategy works. The reason: reminding yourself not to wrongfully judge others inevitably leads to giving them the benefit of the doubt.

Or like my loving uncle recently told me after losing a son, “Maybe his abuser was also abused as a boy. I won’t judge.”

That’s an even more powerful example of not condemning someone, which is easy to do as we attempt to cope with unthinkable heartache and distinguish the gray in life from artificial blacks and whites. You see, starting with “I won’t judge” enables us to judge someone’s situation rather than the person themselves, their overall value as a human being, or where they might end up in the afterlife. It encourages us not to define someone’s life on a fleeting, usually impermenent act.

This isn’t to say we should always interact with negative, sick, or toxic people. But we can strive to understand them. And we don’t have to denounce them as this, that, or the other in choosing not to communicate with them. We can simply chalk it up to an incompatibility, vulnerability, or disagreement—not necessarily a right or wrong choice.

For me, saying “I won’t judge” has helped me recognize this year that humans do inexplicable, unintentional, inconsiderate, or otherwise bad things—sometimes very bad things—but they themselves don’t have to be wholesale damaged goods. As I’ve said before, “I believe people are inherently good. And if you disagree, you’re wrong.”

That last part is tongue in cheek, of course. If you do feel that way, perhaps you’ve been so wronged lately that you’ve lost your ability to trust. I can respect that. But I also hope that if you do believe that, you’ll someday ask yourself if that belief has served you well. If the answer is no, I hope you’ll restore your faith in humanity again like you did as a child.

You’re in good company with your expressed determination not to judge. Earlier this year, the new Pope, Francis, made a similar remark about judging gays that caught a lot of Catholics off guard, and established his bona fides as a truly revolutionary force in remaking the church of the 21st century.

It’s such a fundamental tenet of Christian doctrine–judge not, that ye be not judged–you’d think it wouldn’t be such a controversial and oft ignored attribute. Discrimination, intolerance, stereotyping, first impressions are all ways we judge, almost unconsciously at times.

Congratulations on making your judgmental impulses subservient to trust in mankind and giving people the benefit of the doubt. You’ll be judged a saint for your efforts.

Well stated Blake. We tried to teach you children about correct judgements of others as children. I used to be more open minded of all until it happened to me from my own mom and brother, as an adult. As a child, I forgave bad parenting and just said “I” would never do it that way.
However, as we age, we become lax, in not judging intentionally. I am reminded again not to judge, because of your example. Good job, Blake.