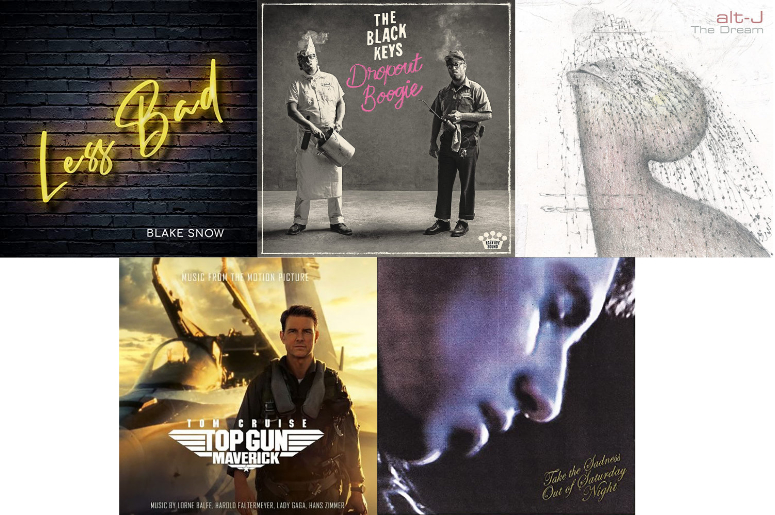 Here’s what I’ve been listening to lately:

After my weekend binge, however, I reconfirmed my belief that The Beatles are the greatest pop band ever—ahead of only Elvis and Michael Jackson in terms of the shear number of songs I enjoy. Either way, this is what I learned from my quarantine experiment: END_OF_DOCUMENT_TOKEN_TO_BE_REPLACED

Although I enjoyed all of the below from front to back without hitting skip, not all of them are great albums. So in order of most spins to fewest spins, most impressive to least impressive, and overall great to good, the top 10 albums of 2012 are as follows:

END_OF_DOCUMENT_TOKEN_TO_BE_REPLACED

Music consumers in recent years have no doubt noticed the growing trend of “deluxe edition” albums. They often feature 1.5-2 times the number of tracks, cost more, and feature an alternate album cover.

Here’s what they really are, though: A smart business and marketing proposition. A way to profit off throw away b-side songs, selling them to the most rabid of fans.

Thing is, I don’t even by the deluxe edition of my favorite bands. In my eyes, if a track isn’t good enough to make the original 10-12 song album, it’s not worth my time, no matter who wrote it. In fact, of the few deluxe albums I own, I can’t think of a single memorable, must-have, 4-5 star track.

I can count the number of country albums I like in the order I discovered them on one hand: Patsy Cline’s greatest, Garth Brooks Ropin’ the Wind, Hank Williams’ greatest, Jenny Lewis and the Watson Twins, and Jimmy Buffett’s greatest (if you can call that country).

Truth be told, I think the genre may be the second most cliche and boring kind of music ever, after industrial, of course (with exception to Pretty Hate Machine and Downward Spiral).

But I digress. I now have a new favorite country album: Brad Paisley’s This is Country Music. Whether you like country or not, know this: Brad Paisley is a phenomenal musician, songwriter, Telecaster guitarist, and one of the best lyricists in modern music. Of any genre. Seriously, he could give Brandon Flowers a run for his poetic memory. He’s that good.

So if you ain’t scurred to try new things, click on the above link. Not only will it make you want to buy a 10-gallon hat and a pair of wranglers, I’m pretty sure one of the following eight highlight tracks will speak to you when listened to in their entirety: This is country music, A man don’t have to die, Camouflage, One of those lives, Toothbrush, Love her like she’s leaving, New Favorite memory, and Don’t drink the water.

For reals, this album is stacked. It’s in my running as album of the year. No lie.