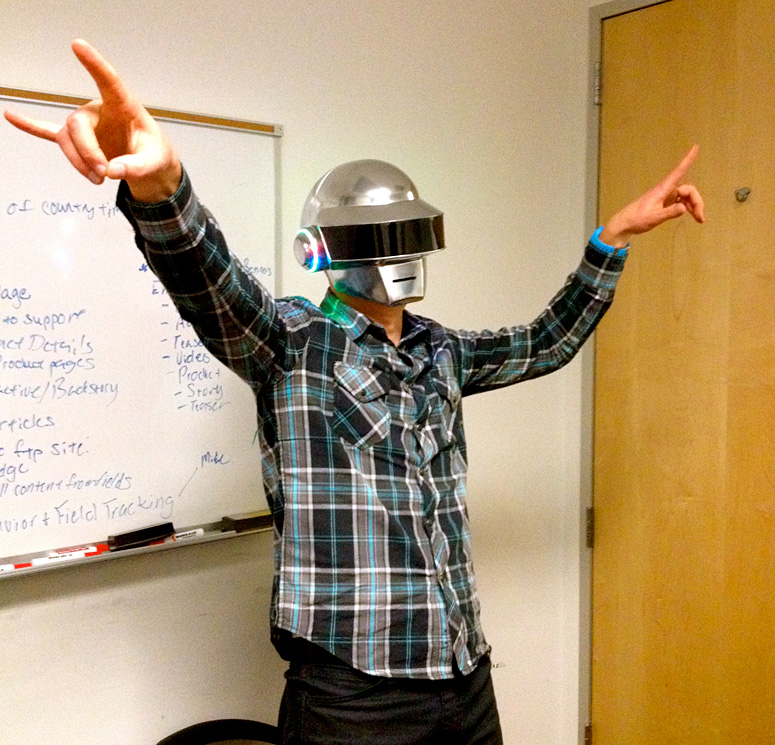 While working onsite with a client last week, I met an Englishman that shared my love of music. At some point we diverged into a discussion on the merits of Daft Punk — his favorite band — and where their latest album went wrong. We both agreed that Random Access Memories was better produced than it was written; Discovery was “bloody brilliant;” and their soundtrack to Tron: Legacy was their second best work to date.

As I was about to leave, my new friend excitedly announced, “I have something to show you!” He left the room, then returned with a custom, LED-lit Thomas Bangalter mask. “May I?” said I, giddy at the prospect. “Of course,” he replied. I put it on, struck a pose, then took several snapshots for posterity’s sake before bidding him farewell.

What’s funny is this Englishman had just traveled 6,000 miles from his office in Munich for weeklong meetings with “corporate” in Los Angeles. While most people scramble for chargers and underwear the night before travel, I laughed at the thought of this kindly bloke deciding to bring his shiny keepsake along for the journey. “Ah, yes! Mustn’t forget my smashing mask.”

That’s a fan. Thanks for the memories, Daft Punk.

Looking back, I won’t remember 2013 as a particularly strong year for music. But I did enjoy a handful of new and retro albums and have fond memories of listening to all of the below, ordered by most played to least played.  END_OF_DOCUMENT_TOKEN_TO_BE_REPLACED 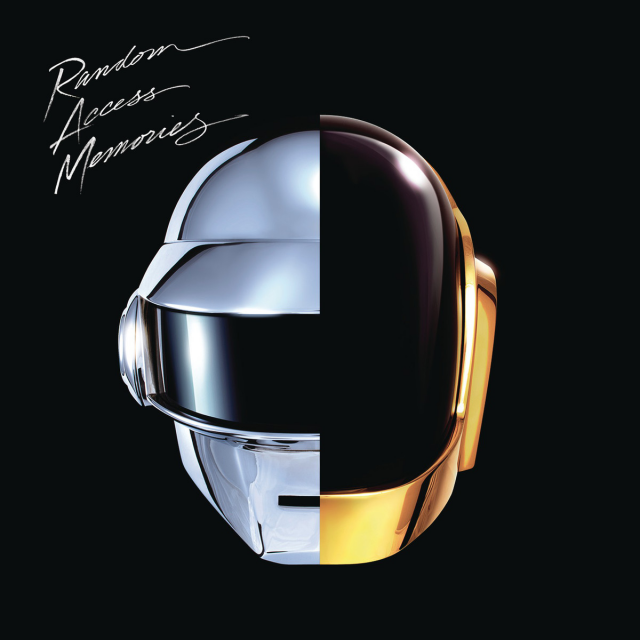 [youtube]http://www.youtube.com/watch?v=339ixMtHrVk[/youtube]
A video mashup of Daft Punk‘s “Around the World” and The Charleston, first popularized in 1923. All good things do come full circle…