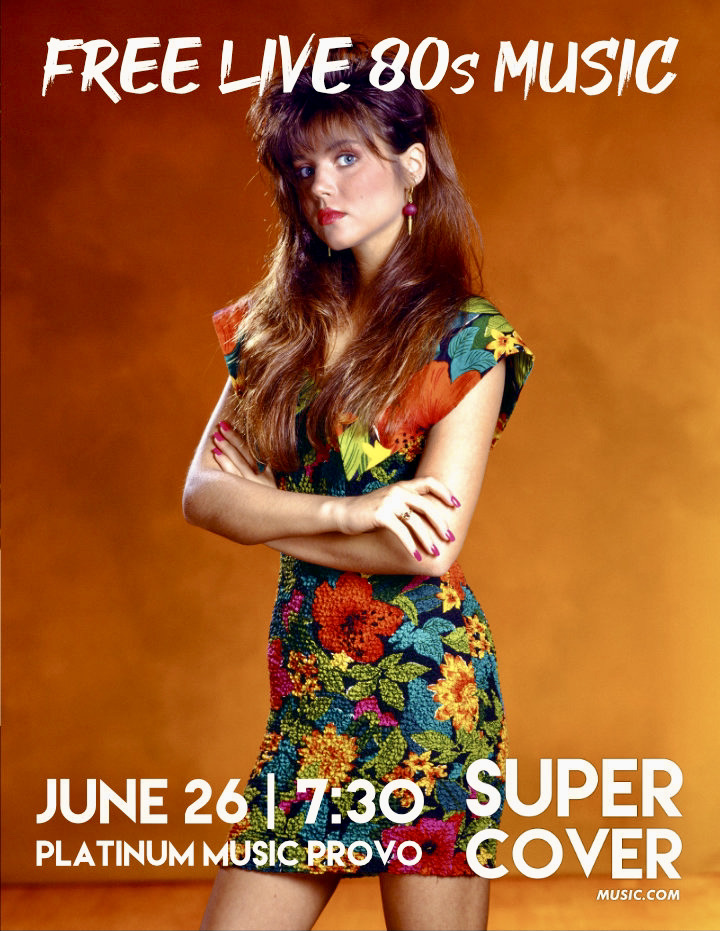 My band is excited to play an all-new, 80’s-filled, rocking setlist this Saturday, June 26, 7:30 PM at Platinum Music in Provo. We’ll be covering The Clash, Duran Duran, Billy Idol, The Cure, Hall & Oates, Tears for Fears, Springsteen, and more, plus a few contemporary dance-rock surprises. Kids welcome—this is an all-ages show.

To help make it our biggest performance to date, would you please share the below posters with everyone you know?

Thanks and see you Saturday. 🤘 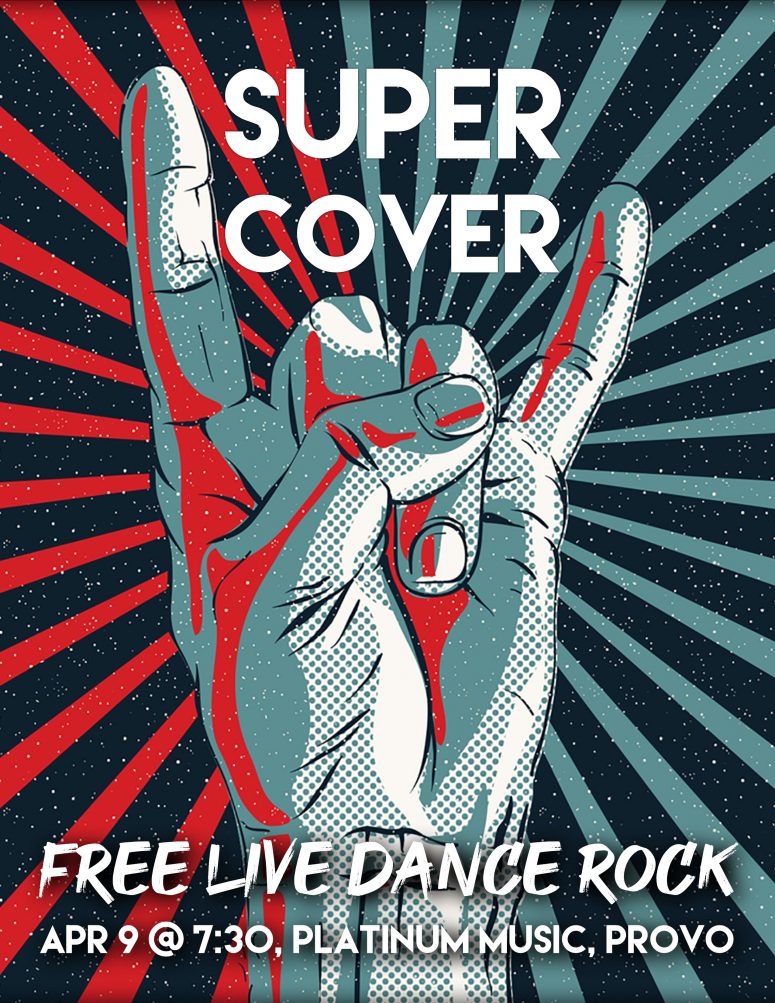 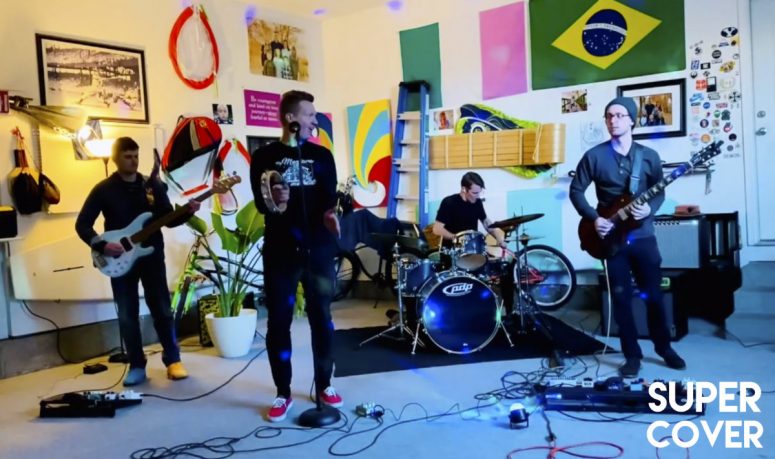 IT MIGHT GET LOUD: My band Super Cover is playing an all-new 30 minute setlist at Platinum Music in Provo on Thursday, Feb. 18. Show starts at 7:30 pm. Grab a bite then rock dance your heart out. Adults only. Hope to see you there. 🤘🙏 (Watch our last concert on YouTube)

My family drove the colloquially famous and incredibly scenic Alpine Loop in Provo Canyon this month for fall foliage. And when armed with her new camera, my wife captured a few excellent wide-angle shots: END_OF_DOCUMENT_TOKEN_TO_BE_REPLACED 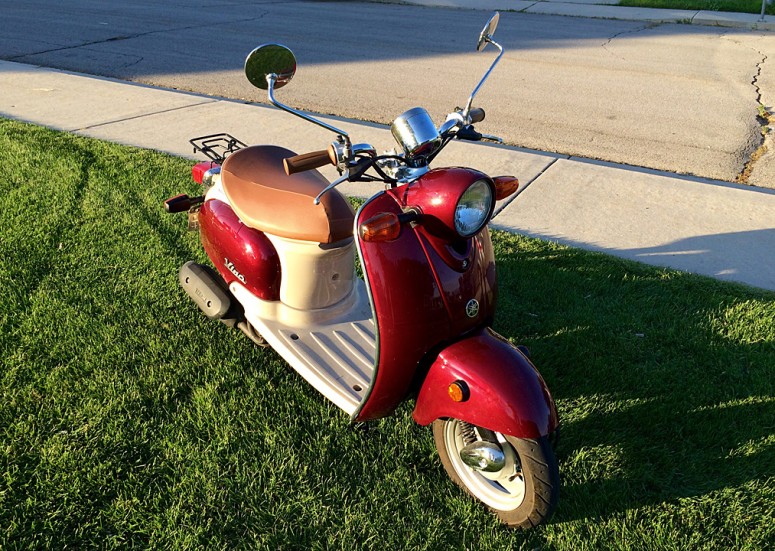 I was late for safety inspection.

In a blur, I rushed to the garage, hopped on my moped, and scooted out of suburbia. While doing 35 miles per hour over train tracks, I elevate my hiney to let my knees absorb the shock. Doing otherwise aggravates my bad back.

I exit right at the roundabout. Left at the bridge. Right on 500 West. Then left again to my first of three stops. “Just the safety test?” a greasy face asks me. “Yes,” I reply. After satisfying all of his procedural requests, I’m cleared for registration.  END_OF_DOCUMENT_TOKEN_TO_BE_REPLACED

From a consumer perspective, it’s the most coveted internet in the nation. Provo will be just the third U.S. city to offer Google Fiber, in addition to Kansas City and Austin, Texas.

Just watching this reminds me of Turk Malloy’s comment, “I think you’d dig Provo. You could do well there.”

It’s been 10 years since I moved to Provo. After seeing it from almost every angle, it still stops me in its tracks. This short video is no different.

I think that’s what happens when you find a place you truly fall in love with, wherever that may be.

Thanks to Frontier’s new route “with service to Provo,” Lindsey and I haven’t had to use Salt Lake Airport—nor make the 80 minute round trip drive to it—at all this summer. Since June, the savvy airliner has been flying into my backyard. A quick 50-minute connection to Denver, and we’re off.

While I normally prefer flying direct, the connection actually takes less time than driving to and enduring Salt Lake security lines. I can show up to Provo Regional Airport 30 minutes before departure and still make it to my gate with more than 20 minutes to spare. Security takes less than five minutes, if that. Admittedly, with two flights I’m still exposed to more cancelation, but so far, so good. As a bonus, the flight is significantly cheaper.

What’s more, the route is operating at 90% capacity, enough to justify a westbound flight to either Vegas or LA, officials say. Party on, Provo. 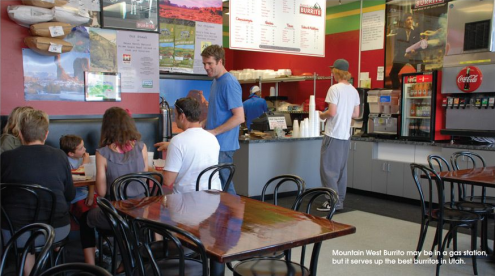 Basically, it’s our version of the Chipotle craze sweeping the nation, only better for the following reasons: Joe, the owner, takes orders and waits tables like you wouldn’t believe. Dude is everywhere; serving chips, giving out organic lollipops to my kids, clearing my table. He knew my name after two visits. Impressive.

Not only that, but the tortillas, meat, produce etc are all locally sourced. Place even claims they don’t own a can opener! My taste buds concur.