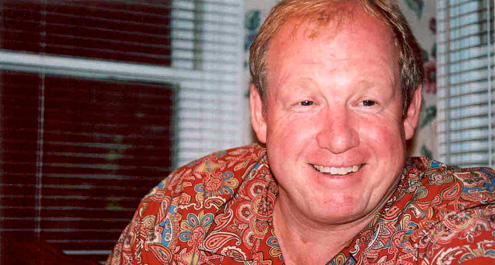 I forgot my Dad’s birthday yesterday. Maybe I should start consulting my calendar on weekends again. Or plan accordingly when something important doesn’t fall on a weekday.

In any case, here are 10 reasons I love my Dad. Yup, I said love. But I say that in a man-to-man sort of way. If that makes any sense. Which it doesn’t. So just read on.

Wait a minute…I think you dad is awesome too!! Happy Birthday Uncle Brent!!

My dad and I like to walk backwards downhill to see if we can do it faster than your dad. Bruce is good, I trip a lot, so he really is the champ in our book! 🙂

Hope he had a great birthday!!

Hey, thanks for No. 7! 🙂
And in regard to No. 5, I’ll say that I appreciate this part of dad, too. Neither he nor mom let us feel entitled to winning, money, happiness, or any other good thing in the world. They made us feel special when we showed that we were. Also, because they didn’t let us win, I am a lot better at things than I would’ve otherwise been. Example: My card-playing is awesome compared to my friends because it was so difficult to play with dad, mom, and the rest of you! 🙂

Nice post Blake, I was just re reading through and deleting email and stuff. I now have over 5,000 items to get rid of. It is horrible. I used to never have more than 300 at a time in my gmail.
Anyway, I just re read this and loved it.
You write very nicely. Thanks for all of it.
Love YOU MOM