The following was a sermon I gave in 2018 to 50 juvenile detainees. I cried through most of it. 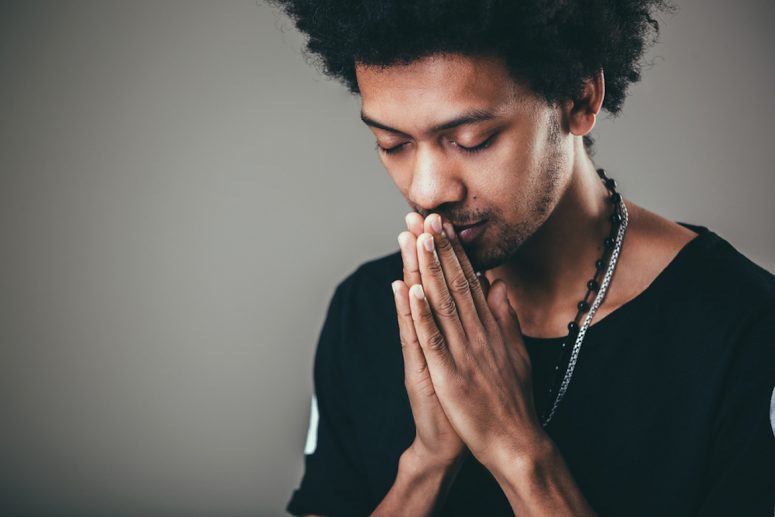 By a show of hands, who here believes in second chances? I believe each of us have several second chances in life. All of us do. And I’m here to tell you that if we want the most from our second chances, we must do two things: 1) seek forgiveness from God; and 2) forgive others instead of seeking revenge or succumbing to resentment—both of which will enslave us for as long as we let them.

This is easier said than done. But it can be done. Today I’d like to share five stories of people that have done just that in order to inspire each of us to do the same:

Story 1: Enos prays. Around 500 B.C., there lived a man in The Americas named Enos. He was raised by God-fearing parents (“in the nurture and the admonition of the Lord”) but eventually lost his way. He committed many grievous and rebellious sins. One day while hunting, his conscience kicked in and he felt guilty about what he had done. He proceeded to pray all day and night until he heard a voice, saying: “Enos, thy sins are forgiven thee, and thou shalt be blessed.” After that, Enos lived a life of service and prayed for those he liked (i.e. friends and family) as well as those who hated him (his enemies).

LESSON LEARNED: Forgiveness from God results in love for everyone, not just people we like.

Story 2: Japan pardons. In August of 1945, the United States dropped two atomic bombs on Japan in a controversial attempt to end World War II. The act worked, but it also killed nearly 250,000 civilian men, women, and children. While many nations would understandably harbor lots of ill will after such mass killing, I’ve come to realize after a recent trip to the area that the Japanese quickly forgave the Americans, forged enduring friendships with them, and have since prospered in a peaceful, clean, and rich society. (I am in awe of their ability to forgive.)

Story 3: Kids prank. When I was 14, I wanted to be a professional basketball player. On job shadow day, I called the nearby Atlanta Hawks to see if I could work in their front office. They kindly agreed and let me invite two of my friends. We had a wonderful time and were treated to an arena tour and gourmet lunch. At the end of the work day, we were asked to mail pre-written rejection letters to the many area children that regularly ask for athletic donations or other charitable sponsorships. Halfway through the stack of letters, my friends and I decided to add lewd childish drawings and mean written responses. Of course we were caught. I received two weeks of in-school detention. And my parents forced me to do the hardest thing I had ever done up to that point in my life: confront the man I had wronged and ask for his forgiveness. While doing so by phone and through many tears, I was shocked how quickly he forgave me. “It’s okay, Blake. You messed up really bad. But you’re a good kid, and I want you to learn from this experience. I want you to forgive others quickly and do something good with your life.”

LESSON LEARNED: Those who are quick to forgive inspire others to do the same.

Story 4: Missionary kills. Several years ago, a recently returned Mormon missionary from Virginia innocently but recklessly decided to text and drive. With his eyes off the road, he struck a car that was carrying a family of five. The mother and three children instantly died. Only the father survived. The young man faced four counts of manslaughter and up to several decades in prison. The surviving father, however, pleaded with the authorities to drop all charges, so that “no more loss of life would occur.” The authorities agreed and the boy was freed.

LESSON LEARNED: The alternative to forgiveness only leads to more loss and sorrow.

Story 5: A turkey maims. In 2005, 19 year old Ryan Cushing from New York tossed a 20-pound frozen turkey from an overpass at oncoming traffic. It broke a windshield and the face of 44 year-old Victoria Ruvolo. Even after six hours of reconstructive and metal plated surgery, Victoria’s face remained mangled. Instead of pressing for maximum sentencing, however, she succeeded in pleading with the authorities to reduce Ryan’s jail time from 25 years to just 6 months. “According to an account in the New York Post, Ryan carefully and tentatively made his way to where Ruvolo sat in the courtroom and tearfully whispered an apology. ‘I’m so sorry for what I did to you.’ Ruvolo then stood, and the victim and her assailant embraced, weeping. She stroked his head and patted his back as he sobbed, and witnesses heard her say, ‘It’s OK. I just want you to make your life the best it can be.’ According to accounts, hardened prosecutors, and even reporters, were choking back tears.”

LESSON LEARNED: Although it can never replace the actual loss, forgiveness heals everything.

How often will the Lord forgive us? How often should we forgive others? “Jesus saith unto him… Until seventy times seven.” Obviously, the Savior was not establishing an upper limit of 490. Rather, he was using a big number as a metaphor to encourage us to seek forgiveness and forgive others for as many times as it takes.

Contrary to what the “father of all lies” (i.e. Satan) would have you believe, forgiveness is real and available to all. After studying dozens of the world’s most popular religions, I believe Jesus Christ is the best model of forgiveness, peace, and happiness on Earth. And after studying dozens of the most popular Christian sects, I believe The Church of Jesus Christ of Latter-day Saints will draw us closer to Him than any other denomination. Whatever you believe, I hope you believe in forgiveness and demonstrate it often like the the above five stories so lovingly do.