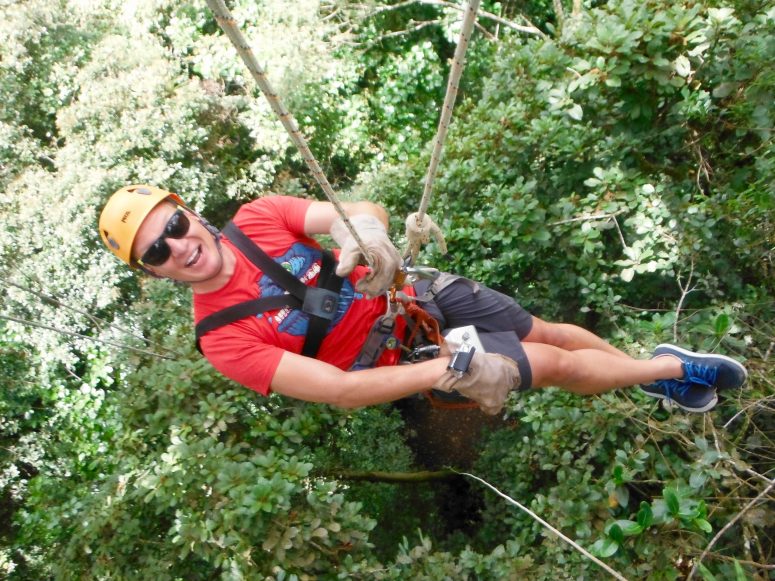 I’m writing this at 30,000 feet just off the pacific coast of Nicaragua. Twenty minutes ago I left San Jose, Costa Rica on a Delta flight bound for Salt Lake City via Los Angeles.

I was in Costa Rica this week as a guest of the tourism department. They want me to write about all the reputable adventure here in my travel column for Paste Magazine. Thanks to the renowned canyoneering, rappelling, cliff jumping, rain forrest-ing, mountain biking, waterfalls, surfing, zip lining, Tarzan swinging, river rafting, and exotic fauna and wildlife—all within close proximity, mind you—I gladly will.

But as usual, encounters with new (and familiar) humans while here had the greatest impact on me. Here’s what I really learned from Costa Rica:

Only the young can break away. When someone grows old, both their body and ability to keep an open mind deteriorates. The latter is far more detrimental, which is why the world needs young minds. Enter my new friend Olivia from Connecticut. Also a travel writer, she’s been to dozens of countries by the way she talks. At the ripe age of 23 even. She’s also very brave and seemingly wants to will the world out of hatred. While recently traveling to Turkey when a short term coop erupted, she was encouraged to leave the country immediately. But personally she felt safe and stayed. “No,” she recounted. “I’m not going to let fear and hate dictate what I do.” That’s bravery and I hope my sons and daughters demonstrate similar awareness, resolve, and faith even when all the adults around them are encouraging cowardice and retreat.

Costa Rican confidence. Costa Rica is the twelfth country I’ve ever visited. Many of the places I’ve traveled to are beautiful and populated with equally beautiful people. But some have a noticeable or at least an observed culture of insecurity. They lack collective confidence as a people. Maybe recent wounds are still healing or insecurity breeds uncertainty. Whatever it is, three nationalities stand out so far as having the most confidence. In order of most confident to least: American, Australian, and Costa Rican—the latter of which is especially remarkable given its tiny size and prevalence of insecurity throughout much of humbled Latin America.

Grace under pressure. The third thing I learned comes from an equally strong heroine. Her name is Jaime and she is a 36 year old mother of two from Montreal, Canada. Not an overtly adventurous person, Jaime knowingly bowed out of a few activities that were beyond her comfort zone. She didn’t bungee jump, cliff jump, or Tarzan swing from extreme heights for instance. But she did “super man” zip line across an extremely long and high gap—nearly two miles long and a thousand feet above ground. I went before Jaime and shouted screams of joy and even a little fear. When Jaime followed, she was noticeable quiet in both her facial movements and audible cues upon arrival. As a worker unstrapped her harness in three different sections, she calmly answered with three distinct “thank yous.” She then walked to a corner and quietly cried. “I’ve dealt with a lot of intense loss in my life,” she later told me. “Sometimes when I’m feeling overwhelmed by new experiences that push my limits, I get rattled and cry.” Which is completely normal. Maintaining your poise until the appropriate time isn’t something I see often, however. The next time I get rattled, I hope to be as considerate, kind, and aware of others help as Jaime. What a better world it would be if we all behaved with such dignity. 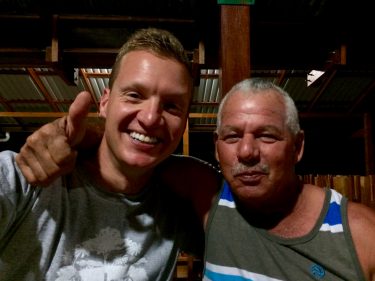 The best things in life are monetarily free. “You’ve seen and done so much,” my wife texted the night before my return. Indeed I have, not only on this trip but the many other “once in a lifetime” trips I’ve had the privilege of taking. My favorite memory, however, was wonderfully ordinary and something that takes place each night in billions of homes around the world. I was invited to visit a small local farm owned by a man named Antonio where he and his wife and family taught me how to make homemade tortillas and vegetable hash. We ate pork BBQ tacos with homemade cheese and Lizano Salsa. In broken Spanish I communicated with Antonio and shared pictures of my family. “Que Linda!” he exclaimed upon seeing my most prized memento (the most recent portrait of my wife and five children). We exchanged laughs and hugs and endured a few awkward pauses due to the language barrier. He let me lay swing on his hammock and laugh some more with my other new friend named Michael. Thanks to modern technology (aka free wifi calling on my T-Mobile iPhone) I was even able to phone home to share the night with my dear wife Lindsey. I will forever remember this beautiful night of life.

You don’t need a glamorous title to love what you do. Speaking of Michael, he was the bus driver that drove me around all week. We got along very well. He shares my affinity for playfulness, discovery, and splashing in grown up puddles along the way. He also loves what he does and is kind, considerate, helpful, and respectful while doing it. A model human being in my eyes. The night before I left, he emailed to thank me for befriending him and others regardless of his and their seemingly reduced status of “driver” or staff. He also encouraged me for remembering everyone’s name, two things I very much believe in if you want to maximize your enjoyment, education, and friendships in life.

It takes five full days to deplete my battery. Of the many adventure press trips I’ve taken this year, something always happens. I enthusiastically arrive and exude positivity. I take an interest in those around me. I look for opportunities to laugh, dance, and converse all day. New aquantences always remark on this. “You have so much energy,” they say. “What are your children like??!!” they exclaim. Things like that. I usually do this for five straight days. By the sixth day, however, I’m usually mentally and physical fatigued. So my face dims. I get quiet and stop smiling. “You finally got tired,” they often tease. Even I have my limits, especially when I don’t get lunch right at noon after a long week. Put some upbeat music in front of me, though, and I’m usually good to go, as was the case this time. “Blake’s back!”

Never ride a wave you can’t handle (without consulting an expert first). I nearly died while surfing Jaco beach. Not really but I did brush closer with death than I’m accustomed to. Having surfed four whole times before—such an expert!—I asked the arranged guide if I could go out alone. He recommended against it saying “this beach and waves ride very different.” As a compromise, I went out alone and said I would come for help if needed. I went out and was getting pounded for quite some time. I rode a few of the smaller breaks but couldn’t catch the big ones, so he came out and encouraged me to swim farther out. Together we did, and I followed his lead to much success. Then a really big breaker came! Not knowing how to turn on my back and cover myself with the board, I got got hit by a huge break. So much so that my board and body “were thrown as if they were a pieces of paper,” my guide Jonas later exclaimed in noticeable fear. Then the crash hit me. Wipeout! It pushed me so far down, a rip tide caught me and wouldn’t let go. I stayed calm for a few seconds, got pulled further down, and then things went black. Perhaps another big wave passed above. Then I panicked. Kicking harder and harder, I eventually freed myself and found the surface—exhausted, out of breath, and vulnerable. My guide appeared and comforted me. Then he encouraged me to ride one more in which I did. I really enjoy surfing and plan on teaching my wife and kids soon. But I gained newfound respect for the ocean that day, as well as new found respect for unfamiliar waves on unfamiliar beaches. Risk is often the price of progress.

In closing, I’m grateful for this trip. Provided you’re not being held somewhere against your will, we are all incredibly lucky to be on this planet. 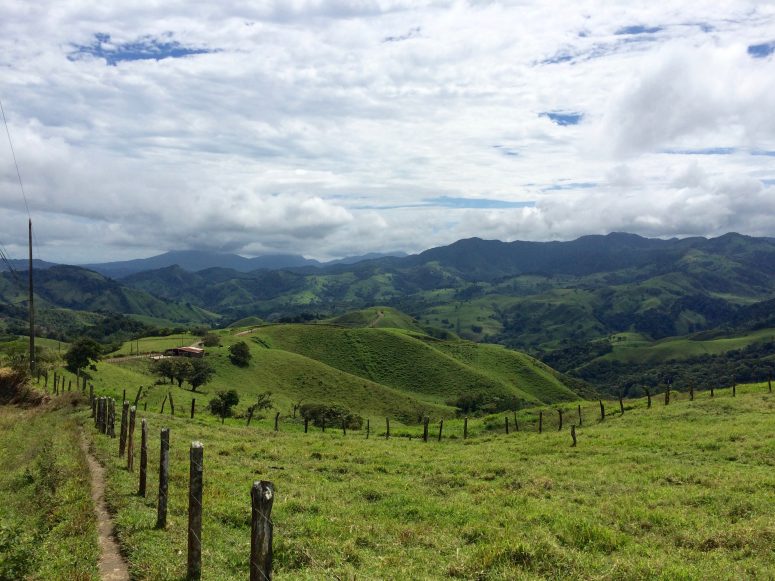