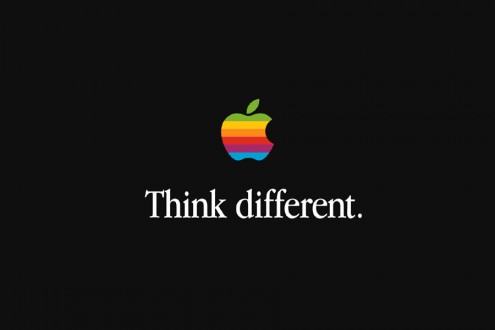 Last month, Apple became the second largest company in America, according to Fast Company. That said, Apple is now bigger than Google, Microsoft, Walmart, General Electric, or any other enterprise not named ExxonMobil.

As Fast Company’s Farhad Manjoo so perceptively analyzes, it’s all because Apple knows what you want even more than you do. They don’t solicit outside feedback. They orchestrate announcements (not to mention internal controls) in a way that would make Kim Jong-il proud.

Furthermore, they say “no” more than “yes” when deciding on product features. They’re insular in their strategy. And they certainly don’t subscribe to the trendy ethos that openness, transparency, or even user-generated creativity is the future of business.

In other words, they’re leaders. Even if you don’t agree with their heading.

It’s what makes them Apple.

Honestly, the only reason I have a sort of soft spot for Apple is their logo. If it weren’t for that brilliant rainbow-colored, bitten-apple logo, I’d probably be a Microsoft person all the way. Why? Hm. Maybe it has to do with that little bit of arrogance from die-hard Apple fans that turns me off . . . Still, you’re right — they do things for themselves, and if I were running a business, I would at least do some of the same.