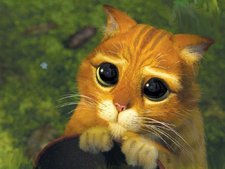 I learned a valuable and humbling lesson as a parent yesterday: the unharmed sister or brother isn’t necessarily the one to blame. In other words, don’t jump to conclusions.

After feeding both Sadie and Maddie early in the morning while Lindsey slumbered, I laid Maddie on our tall ottoman to perfect my laptop father skills. Moments later, while entrenched in technology, I heard a “Maddie’s falling” accompanied by a heavy thud. I looked up from my PowerBook to find a suspicious looking Sadie standing over a fallen Maddie, who was now crying loudly.

I dashed to Maddie’s rescue, ensured she was okay, and proceeded to errantly spank Sadie in anger. It was the first time I had thought my two and a half year-old had deliberately sabotaged my five-month old. I was furious.

Thing’s settled down; I placed Maddie back on the ottoman and lovingly spoke with Sadie; then I returned to my work.

A short while later, I heard the same innocent voice cry out, “Maddie’s falling.” I looked up to find Sadie pointing to a falling Maddie, who was balancing on the edge of the ottoman with her back. I sprung from the sofa and caught her from falling a second time.

Immediately, I realized what I had done. “You didn’t push your sister off the ottoman earlier, did you?” I asked Sadie. “No daddy,” she replied, looking much like the pictured cat you see above to your right.

Unbeknownst to me, Maddie had learned how to shimmy and scoot herself off the ottoman by kicking her legs. Sadie wasn’t be negligent — she was trying to alert an absent parent, only this time from afar thinking I would spank if I found her near the scene of the accident. I felt terrible.

After apologizing for the injustice, I told Sadie that I was proud of her for being a good older sister, and that I loved her. I hope she can forgive me and continue to look out for her younger sister.

Fortunately, I have an underdeveloped two-year old brain that’s lacking in long-term memory on my side (that is until said brain reads this post).