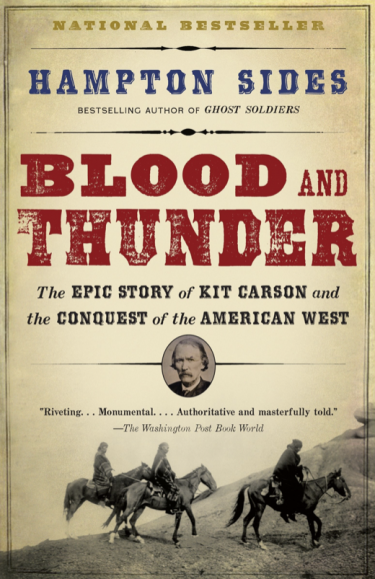 I recently finished Blood and Thunder by Hampton Sides and was mightily impressed.

Not only does the book demystify the Wild Wild West, of which only half of what you heard it true (although the other half is still amazingly true!), the book clarifies the always complicated Indian-American relations as the nation expanded west to California. That understand is powerful enough.

On top of that, however, Blood and Thunder is an epic telling of the heroic Kit Carson, who scouted the west for early pioneers and settlers to eventually follow. For its well researched, balanced, and shocking reporting, I award it five stars out of five.

These were some of my favorite passages: