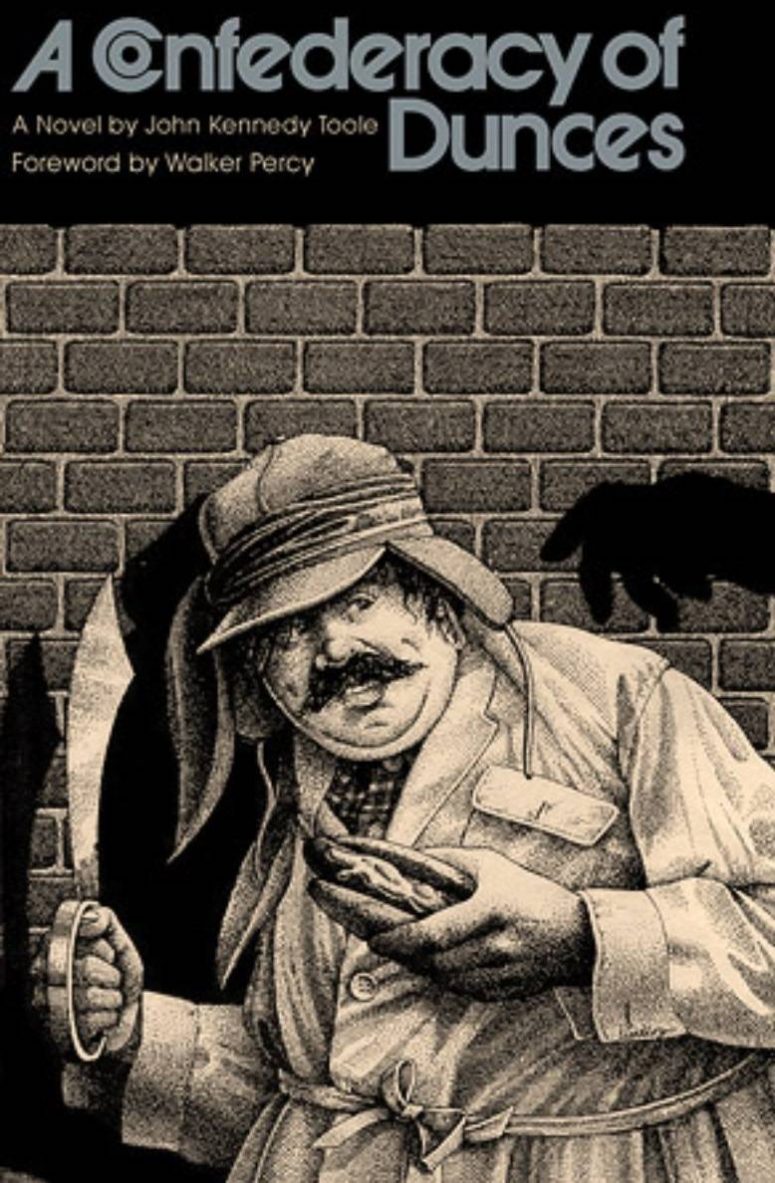 My wife is reading America’s 100 most beloved books and recently stumbled upon this masterpiece, A Confederacy of Dunces by John Toole.

Written in 1962 while Toole was stationed in Puerto Rico on military duty, the novel has been described as “Don Quixote meets the French Quarter,” which is a total abortion. In truth, protagonist Ignatius J. Reilly is much more likable, hilarious, and compelling than the former. His misadventures through New Orleans with an ensemble cast of nearly a dozen charismatic characters are a joy to read, as is Toole’s exceptional writing, satisfying storytelling, and clever dialogue.

In short, I could not put Dunces down and cannot recommend it enough. Sadly, the Pulitzer Prize-winning work wasn’t published until 1980, this after the author was rejected by multiple editors who called his writing “pointless,” which partially caused him to succumb to depression and later suicide in 1969.

Thankfully Toole’s mother and an a university professor re-pitched the book posthumously until it was finally published. I’m so glad they did and wonder what could have been had its genius author lived to tell another tale. “Just wait till they hear all that originality pouring out of your head.”