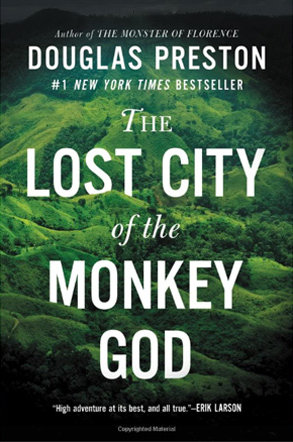 I recently finished Douglas Preston’s fantastic The Lost City of the Monkey God. It is an adventurous and profound true story about the recent discovery of a 500 year forgotten city located deep in the cartel-riddled jungles of Honduras. I. Could. Not. Put. It. Down.

Without spoiling the ending, this is what I wrote in my journal after pondering the finish for several minutes: “Survival of the fittest, a total inevitability, is difficult to accept. But survivors are not all criminals. Few of them actually are, in fact.

“Our modern existence is not a tragedy or sad story. Yes, death and destruction checker our past. But it does not define our existence. We are better off as a species because of our past, not in spite of it.”