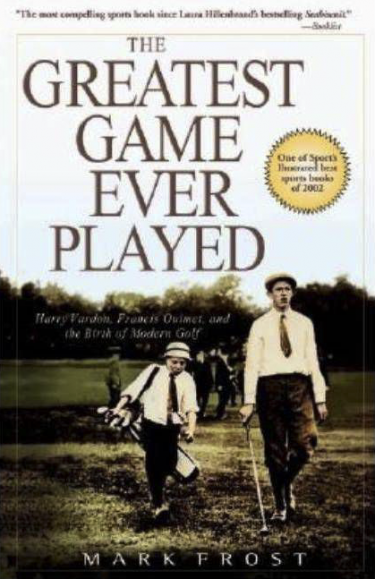 I recently finished The Greatest Game Ever Played by Mark Frost. It tells the inspiring true story of Francis Ouimet and his endearing, 10-year old caddie winning the US Open in 1913 as an amateur and first American-born player to do so. It was a wonderful account and inspiring to boot, especially since all of us are amateurs in most areas of our lives. If Ouimet can do it, any of us can!

Rating: ★★★★☆ These were my favorite passages: