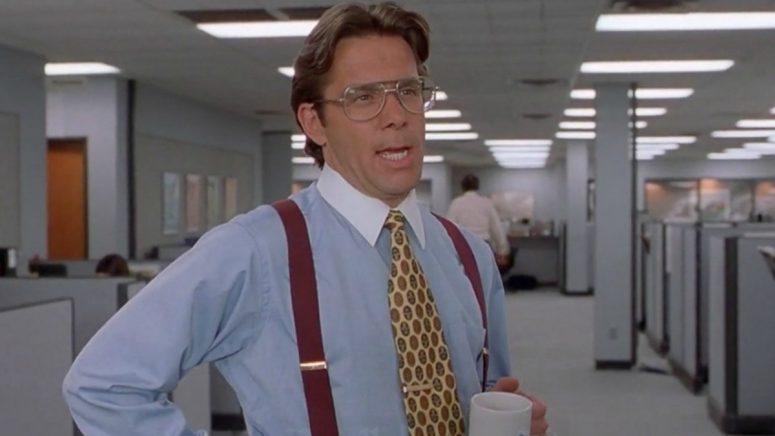 I graduated from college at a time when “Casual Fridays” were a thing. This was before Silicon Valley established the “casual everydays” that most offices now enjoy—hoodies, jeans, t-shirts, and even activewear and joggers in some cases.

As a senior, I was invited to interview with a large national company that was coming to campus. I wasn’t particularly fond of the company, but I was flattered they had reviewed my resume and wanted to speak to me (after graduating, I would forgo employment altogether to work for myself, but that’s another story).

When the interview time came, I entered a designated office on campus and met a recruiter in his mid 40s under drab fluorescent lighting. He didn’t look particularly happy. In fact, he looked rather miserable. Obviously would rather be home with his family than interviewing some undergrad like me in some far away city.

He asked only a few questions, to which I gave credible answers. He seemed satisfied and at the completion of the interview asked if I had any questions for him. “Yea, what do you like most about your job?”

This question seemingly blew his mind. He looked down at the desk separating us, thought for a moment, then offered a sheepish, “Well, they let us wear jeans on Casual Friday.”

It was the saddest answer ever given in response to this valid question. We both knew it. He sort of shrugged and his eyes said the rest. I felt sorry for him, thanked him, and immediatly decided to never work a job in which casual attire was the thing I most looked forward to.

I have no idea what became of this man. I’d like to think our interview moved him to put in his two week’s notice, restart in a field or role he actually enjoyed, and went on to find bright eyes and happiness someday.

But I’m grateful for the experience and life-long truth it taught me. If you ever find yourself with dead eyes, daily dread, or a lack of purpose, I implore you to be brave and start taking the necessary steps to transition out of misery.

Thanks for sharing this, Blake. As a recruiter, this hits home 🙂

I think a lot of people right now are realizing their offices and their jobs either don’t or really never did light a fire in their eyes. I am hearing this a lot from those people I am doing free resume reviews for… they’re realizing they never really were happy anyway…

Sadly, so many people are out of work right now, and the prediction is that more will be before any of this is close to over, though I wonder if, in 10 years, we might all look back and think this was the best thing that ever happened to choosing to live over work and happiness over money.

Thanks for reading and commenting, Rob. I hope you’re right!