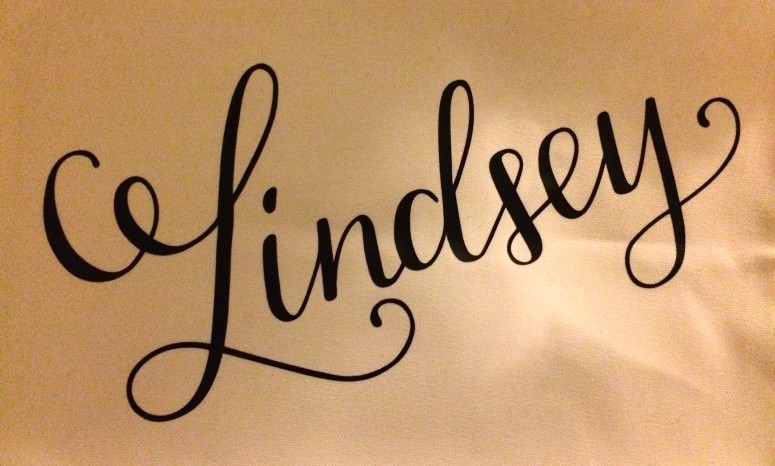 I read Quora once a week. Although many of the questions are half-baked, impatient, and ill-prepared for a wise answer, the site is a good source of mental stimulation.

For example: “What is the most useless talent/skill?” Excellent question! The top answer is underwhelming, however.

Internet, I’m here to tell you otherwise. See that exquisite calligraphy pictured above? My in-law Heather Smith wrote that for my wife on a handbag (store here). In no more than a dozen strokes, her exceptional signature instantly tells you three things: Heather is creative (always in demand), meticulous, and uncommon in a digital world. That makes her more marketable than someone with an expected checklist of skills.

That’s his signature. It’s no coincidence the world’s leading animation studio was founded by someone with such imaginative handwriting.

So “no,” Mr. Bodnick, good handwriting isn’t the most useless skill today. It’s no longer needed to get your written point across—we use keyboards, emoticons, and gifs for that now. But good handwriting is more than just a “nice creative outlet” for the likes of Heather, Jobs, and Disney. It’s indicative of something more. As with all talents, you just need to know how to channel good handwriting accordingly.

Now, my snarky answer to “the most useless talent” question goes like this: “Whatever is least desirable to the job at hand.” My general purpose answer is: “Being able to rub your tummy and rotate your foot in opposite directions at the same time.”

That’s useless. Or is it?