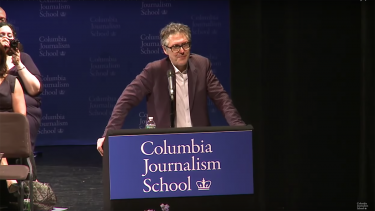 Here’s how “This American Life” listeners recently reacted after the podcast interviewed a right-wing student who was berated to tears by a left-wing teacher who didn’t think right-wing ideas deserved a voice on campus:

I don’t even want to listen to this bullshit. I’m so sick of [you] highlighting the right. You don’t have to give equal airtime to stupidity just because stupidity took the office.

Thanks for giving voice to a fascist organization. I’m out.

So many pieces about how we “elite” liberals just don’t understand conservatives.

I understand them just fine. They’re usually racist, don’t “believe” in science or facts. I’ve had enough of these kinds of “but what about the poor conservatives?” pieces.

Honestly, I’m getting a little tired of This American Life’s fixation on conservatives. I really have no interest in them or their feelings.

“This intolerance to even listen to someone else, that’s new among our audience,” says journalist Ira Glass in his excellent commencement speech on the rise of fake news and extremely divisive audiences. He went on to call the reaction “dispiriting.”

I completely agree and would only add that an unwillingness to listen to opposing ideas, even hateful ones, is as tyrannical at it is radical, ignorant, and fearful.

I once saw Ira Glass perform in The Thrilling Adventure Hour in Gowanus, Brooklyn, NYC. He portrayed an elf.