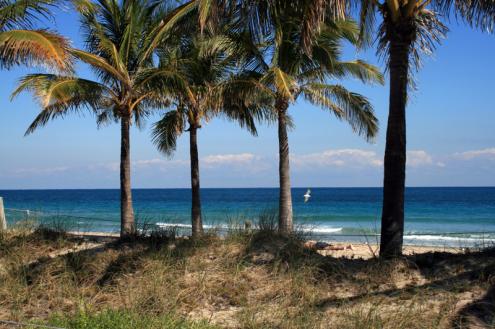 Amid the great economic apocalypse of 2009, Lindsey and I sheepishly took an undeserved (as opposed to the popular “well-deserved”) vacation to Fort Lauderdale this month, while my mom watched the girls. It was the best trip I’ve had in a while, considering the stunning beach, lovely weather, great food, and cheap airfare and accommodations. We liked it so much, we plan on returning with the girls as soon as possible. Here are some of my favorite photos taken during our stay: 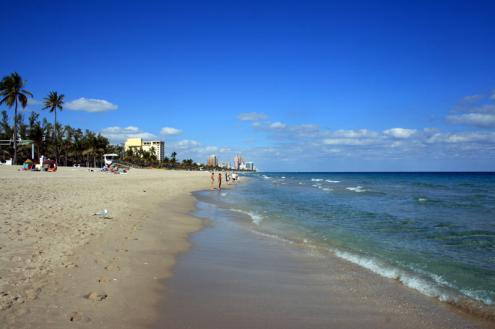 Fort Lauderdale Beach is crazy clean and picturesque– like something you would expect from a tropical island. The place (the birthplace of Spring Break) used to be a dump, until the city overhauled the coast in 1984 and banned public consumption of alcohol to discourage disruptive party-goers. The plan worked. But thanks to lingering (but false) disrepute, the crowds are still light, making it an affordable and great sunny getaway, even during peak season in the winter months. 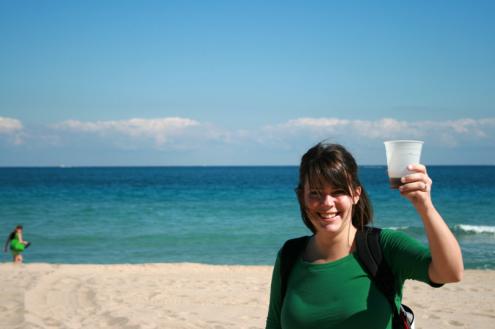 In addition to cruising downtown on one occasion, running every other day, exploring the extensive intercoastal waterways, and playing lots of tennis, we stayed on the beach roughly two thirds of the time. Here’s Lindsey looking pretty while tipping a glass to the good life. She got really tan. 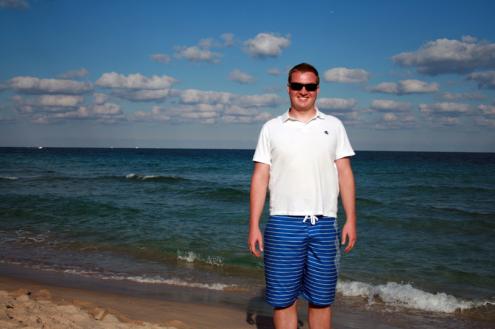 This is the promotional photo I sent to the producers of Miami Vice 2 in hopes of landing a leading role. When not awkwardly posing in front of cameras and burning in the sun, I managed to read two John Grisham novels: The Broker and The Innocent Man. I also caught some killer waves while bodyboarding in the Atlantic, which was surprisingly refreshing (I assumed it would be chilly). 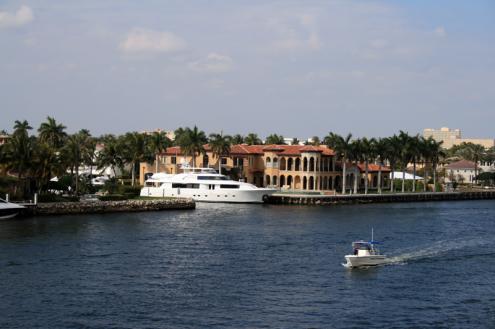 Apparently, blue-whale sized yachts and waterfront compounds are kind of a big deal here. I couldn’t help but notice all the idle commercial construction and houses for sale, however. Even paradise takes a hit during tough times. But opulence sure is something to behold. 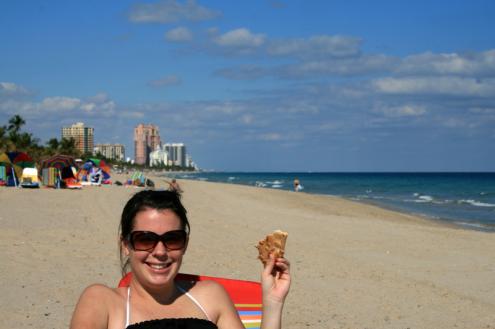 Here’s Lindsey eating a delicious $2.35 slice of Primanti Bros. pizza while tanning on the beach. It was one of our favorite meals (I believe we ate there at least five times during our stay), and the sammiches, which are topped with french fries, fried eggs, and coleslaw (among others things), are awesome. We also enjoyed Italian at the H2O Cafe, savory fish and chips at Bubba Gump’s, a tasty lunch at the Rock Bar, and delicious Mexican at the Galleria Mall. Good schtuff. 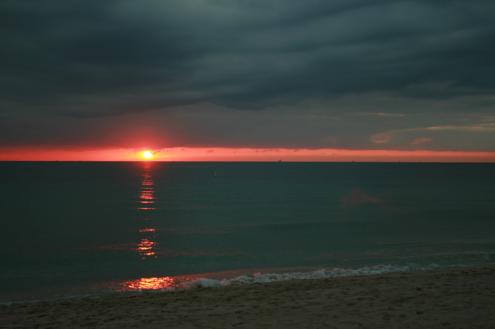 Sunrise on the beach — the first I’ve seen since I was in high school. It was quietly majestic and inspiring. I’m envious of anyone who leaves near the ocean and am now scheming to get closer to them on a more regular basis.

Served my mission there and I have seen the sunrise on the Ft. Lauderdale beach – its beautiful!

Blake, have I ever told you I really like reading your writing?

Sweet pics Blake! We’ll have to all plan a tropical vacation soon!

Cathy was saying that you bring Lindsey to the beach each year. I was lightly nudging Brooks (right in the kidney) as she told me this… Hopefully he’ll get the idea!

I hear it is a great time to buy in Florida. I mean even better than the rest of the country. Would it be weird to have a second home before we owned a first? I think not! (There I go answering my own rhetorical question!) 😉

I have lived here since 1987 and have never eaten pizza at the beach.

We didn’t realize it was prohibited on the beach until after we sat down, Jay. Then we kept a low profile. 🙂