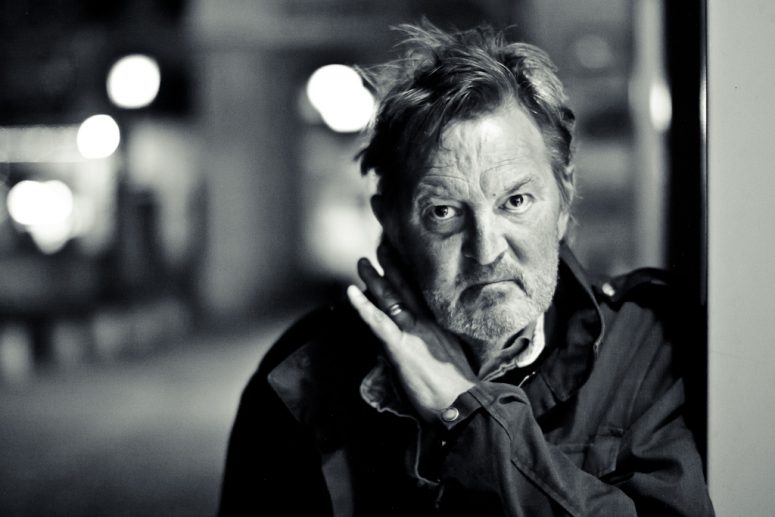 The below short story entitled “Birthday Cake” was written by my friend Josh Ray (under pseudonym) and published with his permission. I hope you enjoy it as much as I do.

I got a birthday. I suppose everybody does, and it comes around every year at the same time. That’s the way they do. Mine’s in November, but I don’t suppose that matters much one way or the other for this story. Anyway, I’m gonna tell you about two birthdays I had in particular.

The first was my tenth. I remember I was sitting at the kitchen table. It was warm, as it sometimes is in November around here. In the middle of the table was a cake. A big purple cake. Now, I don’t remember if it was a party or not, but I know my Aunt, my Cousins, and my Momma was there. I don’t know where my Sister was. She woulda been six. Anyway, I just remember that damn cake. It was sitting in the middle of the table, and I was sitting there looking at it. Now, I was fat as a boy, and I loved cake. I was just wanting to eat it so bad, I could almost taste it. I remember I was wearing a sweat shirt and sweat pants. Clothing like that covers up how fat you are. That’s why my momma bought’em for me. One of the two was red and the other one was blue, but I don’t remember which.

I remember my Aunt and my Momma talking and smoking cigarettes. The door was open, but the screen was latched closed. Like I said, I don’t know if it was a party, I don’t remember no singing or nothing going on. I just know it was my birthday cause of the cake. My Dad and Momma had been divorced, he didn’t live there no more, and they were talking about him, kids and life and overall just bitching about everything. I remember my Aunt saying something about her kids and what a pain in the ass they were, and how she ought to just go drop’em off somewhere at the police station or something, for somebody else to take care of. Now, I don’t quote word for word here, it’s been while, but my Momma said something to the effect that she’d like to do the same thing. I remember my Aunt laughing and saying that she was lucky cause at least she’d have somebody to come and get her kids if she dropped’em off. She was talking about my Dad. My Momma said she wasn’t right and that he didn’t care, that he wouldn’t come to get us. They were just joking. I know that now. I don’t hold it against either of them. Back then it wasn’t nothingto say something like that in front of your kids, even on their birthday. I was a different kind of kid though, and I’ll be honest with you. I didn’t get along with my Momma for various reasons I won’t go into now. I loved my Dad. I knew it wasn’t his fault it didn’t work out between him and my Momma. She had cheated. Everybody knew that.

I told’em both. My Momma and my Aunt. I told’em that my Dad would come and get us. That he’d be happy to come and get us, and I’d be happy too. He loved me and my Sister and would come snatch us up in a minute. As I recall, they seemed a little surprised. I don’t suppose they figured I was listening. Of course, I was sitting right there at the table. Now, my Momma had a bad temper. I can’t judge her for that. I got one too, but it got the better of her that day. She was real mad. She went to screaming and cussing and slapping, and she told me to call my Dad. She said that if he’d come and get me right then, he could have me. Like I said, this ain’t word for word, but that’s how it happened.

She was screaming and I was crying with my big fat puffy face all marked up and purple with snot bubbling out of my nose. I made it to the phone and called my Dad. I remember the phone was right there by the couch. It was yellow, dirty and it was old, even for then it was old. I called him to tell him… to tell him to come and get me. I couldn’t get him at first, and had to keep calling. He worked at night and slept during the day so it was hard to wake him up. Finally he answered. I told him what Momma said and how he could come get me. I wanted him to come and get me more than anything. My Momma was mean when she was mad, and I knew I didn’t want stay there. I guess he was asleep, or didn’t he hear me right, or didn’t understand what was going on. Either way, he didn’t come. He didn’t come to get me.

I was sitting and waiting, then somewhere from behind me in the kitchen, I heard a crash and a plate breaking. My Momma had done her best to throw that cake right through the screen door. There was purple icing all over the walls, hung up in the screen, and smeared on the floor. My damn cake, I could almost taste that damn cake through my tears. That was my tenth birthday.

The next one I’m gonna tell you about was my forty-third. I had teenage kids of my own. My Momma had long since calmed down and had gotten soft. By the time I was a man, about all her meanness had worn off, and she just wanted to see us kids, or see the grandkids. I was always hard though. I had got a job as a salesman out of the Army, and done good with it. Just I had to travel for work all the time. I ended up marrying late, and had kids late. All the while she got to missing us kids more and more every year, I just missed her less. It aint’ right I know, and I didn’t hold nothing against her, but I just didn’t care. I see it now. I can see it in my own marriage, I can see it with my own kids. I was just hard. Anyway, about a week before my forty–third she got real sick. That woulda made her sixty-four.

She’d smoked since she was twelve, and had heart problems she was born with anyway. They said it was a miracle she’d made it that long. I’d been at the office when my wife called. I got home and we all piled up and went to the hospital, then sat there for six days. It was the heart, they told me, and her chances were slim.

I spent most of the time either on the phone in the cafeteria, working from my briefcase, or there in the waiting room. I drank a lot of coffee and I ate a lot of shitty vending machine food. The kids were restless, so they didn’t stay much. I talked with my Sister some. She cried a lot. My Dad even came by once. Momma had remarried a couple of times and her husband hung around the waiting room taking a break to smoke every fifteen minutes or so. I’d go in to see her when they called, but I didn’t say much. It was mostly just my Sister holding her hand and crying.

One night, about three o’clock in the morning they came and got me. My wife and the kids had went back home and my Sister was asleep with her husband on the other end of the waiting room. They told me she was asking for me, just me. I got up and went to the coffee machine, then met the doctor at the door to her room. He told me she might as well already be gone, she was just holding on long enough to see me.

She looked bad. She’d looked bad the whole time, but now… now she looked dead. She turned to me and raised her hand for me to grab, and I did. She just laid there and looked up at me. She was scared, and fragile. She did her best to say “Happy Birthday” but the words came out so soft I could barely make’em out. I couldn’t believe it. I’d forgotten! I’d forgotten it was my birthday till then! I just stood there squeezing her hand, like maybe it could help her hold on. She didn’t try to say nothingelse for a while, I don’t’ suppose she knew what else to say. I didn’t neither.

“I love you Momma.” I told her and she nodded. A few minutes went by and she tried to speak again, but she couldn’t get it out. I don’t know for sure what she was trying to say that time, but I think it might have been “I’m Sorry.” So I told her it was “Allright.” Finally she just squeezed my hand meagerly as she could. I kissed her on the cheek and she slipped away. She died right there… right there in front of me. She was gone in an instant, and I knew instantly she was gone.

I knew it because my tears tasted like cake.