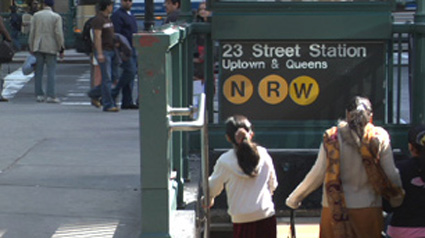 I finally saw Helvetica on DVD last night with my non-designy wife. Some thoughts:

Good film. Three and a half stars out of four.

Thanks for the suggestion, Blake — I’ll definitely watch it, if I get the chance.

I forgot where I read this (I’ll have to check my books at work . . .), but I’ve read that usability studies indicate that fonts with serifs are actually easier for people to read. So maybe Helvetica shouldn’t be so ubiquitous afterall . . .