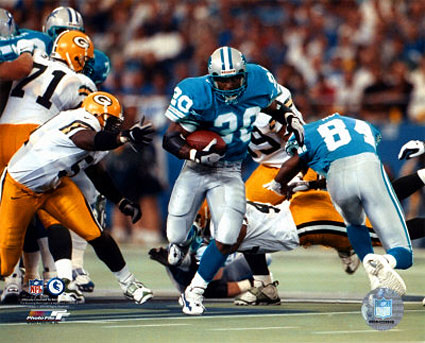 He was tackled by a Packer shortly after that picture was snapped.

I actually think Barry Sanders was a better running back than your Dad! Your Dad is the best basketball player that no one has ever heard of, however! 🙂