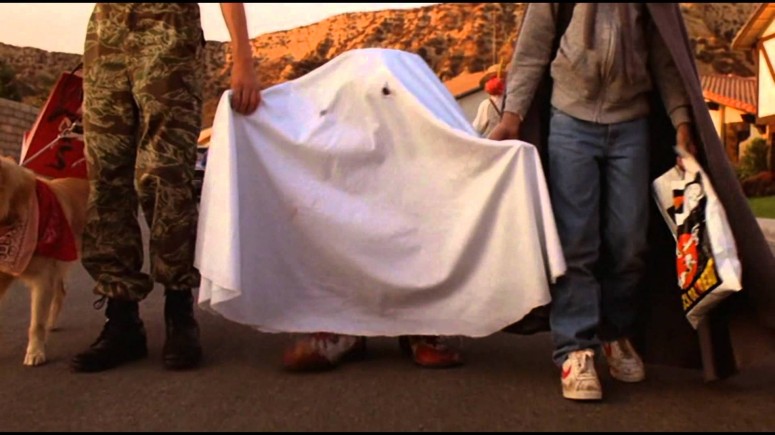 Several years ago, I read a true Halloween story with a sad ending. Sadder still, I forgot to bookmark it and my Google skills have since failed me. I’ll do my best to recount it.

An English family of four had just relocated to America. Although Halloween is observed in other countries — Great Britain included — it’s no where near as big or as festive as in the United States. In anticipation of this, our immigrant friends decided to go “all out” for the occasion.

They decorated the dogleg drive leading up to their house with spooky cobwebs, lighting, and music, like something you’d expect from a proper haunted house. The home itself, situated around a corner, looked as though it came straight from the set of Tim Burton’s Beetlejuice. Not because it was old. But because the family did an otherworldly job decorating it of for all the trick-or-treaters they expected. Ghosts in the windows. A graveyard in front that could have passed as an actual one from Boston. You get the idea.

To top it off, the family dressed in their Halloween best — not the cheap costumes you find in clear, rectangle plastic. They also purchased a couple hundred full-size candy bars to give away to lucky visitors. All told, the husband estimated they spent over a thousand dollars to participate in this very American tradition, noting that he himself wasn’t wealthy. Just trying to enjoy the event as they thought most Americans did.

Most would have considered this a failure. But the chipper family instead focused on the four children that did visit their home. “You should have seen their faces,” the father wrote. “It made it all worth it.”

It takes a lot of glass half full perspective and selflessness to think like that. The story certainly made me reconsider my approach to Halloween. After all, being a kid is hard. Maybe not as hard as being an adult. But it’s still hard.

So what better way to make a child’s day than with a bowl of full size candy bars. I’m not suggesting you spend a thousand dollars on the holiday. But I do hope this story inspires more generosity and consideration for the little ones you encounter this year.

Together, we can make Halloween happy.

My first thought was “full-sized candybars”, too, but don’t discount the weird candy you only see at Halloween, like Sixlets. Honestly, other than Halloween, when do you ever see Sixlets?