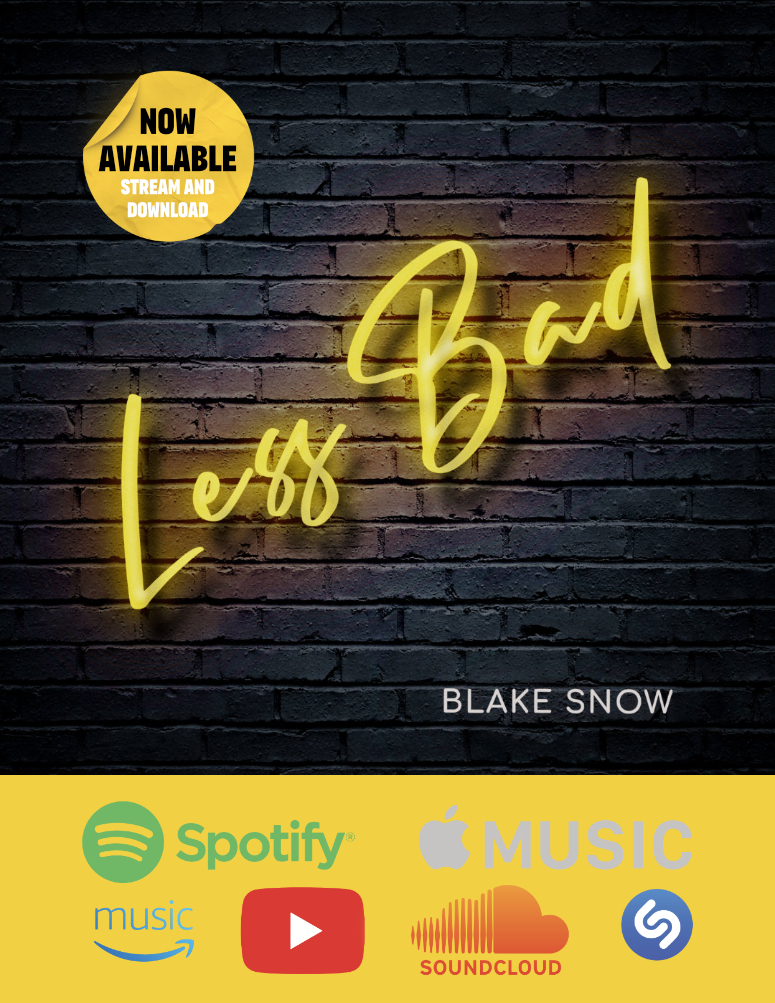 DESCRIPTION: When a friend recently asked Blake Snow if he was quitting his day job to become a full-time musician, he answered, “No.” But that doesn’t mean Less Bad, his second full-length album, is something to be taken lightly. “As you can hopefully hear, I take this record very seriously, without it going to my head,” Snow says. Written, recorded, and produced at “halfway through his second act,” Less Bad celebrates self-confidence, gritty immigrants, overcoming hardship, and winning the universal lottery. The album also deals with themes of social loss, crippling baggage, self-doubt, and indifference. “It’s my yin and yang record,” Snow explains. “More fun than my first album, but also more intimate.” Standout songs include Back In The Race, Ricky’s Song, Killing My Drive, and Snow’s personal favorite, Sorta Social. (Taken from blakesnow.com)