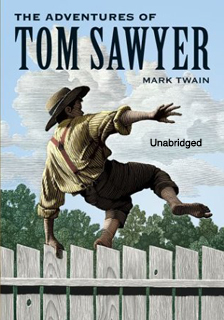 It took me a while, but I finally got around to reading Mark Twain, starting with The Adventures of Tom Sawyer, which I finished this week.

I figured the author was good, given all the praise that’s continuously heaped on him. But I didn’t know he’d be this good. I had no idea he was as laugh-out-loud funny as Jerry Seinfeld (even more so, maybe).

More than that, Twain has the uncanny ability to turn even the most mundane occurrences into entertaining literature (i.e. a poodle playing with a beetle). He is a master of the English language and a joy to read. As a bonus, he’s a modern day Confucius, sharing wisdom and life hacks throughout this 184 page book.

Here are 10 of my favorite passages:

All told, I’m the latest reader to cast my lot in with Twain’s. He’s better than Orwell. Smarter than Huxley. More focused than Dumas. More powerful than Hemingway.