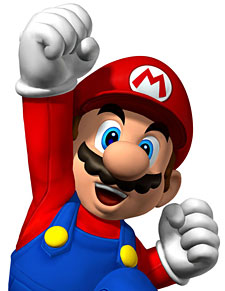 I’m off to Santa Monica tomorrow to cover the Electronic Entertainment Expo again this year. It’s a lot smaller now because the conference ballooned into a pit of money and glut last year, but it should still be a lot of fun, and I can’t wait to get my hands on some fresh games. As a refresher, here’s what happened since last year’s E3:

Games I’m most excited for: Assassin’s Creed, Mario Galaxy, Metroid Prime 3, Skate, Little Big Planet, and a handful of fresh new titles in that order. Predictions: Wii will outsell both Xbox 360 and PS3 by early next year, Xbox 360 will get a price cut to $350 off the heels of the PS3 drop, Halo 3 will be the biggest selling game of 2007, and Sony will continue to underwhelm. All in a year’s work of the $14 billion dollar industry.

The Halo 3 prediction is a given. Very good predictions.