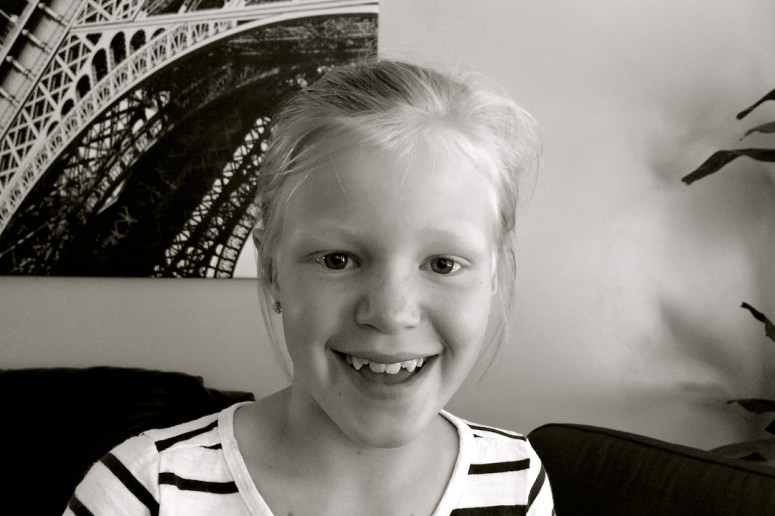 Last month, my eight year-old daughter subdued me in a remarkable way.

Our dog Harley had just disobeyed orders. As I confronted him, he urinated on our floor for the umpteenth time.

Now, there are a lot of things I dislike about Harley. He pees like a girl. Recoils from house flies. And his nervous system is a little too nervous. But my least favorite thing about Harley is his knack for urinating a few teaspoons at times when I—the perceived “leader” of the pack—order or reprimand him.

It’s called submissive urination and it’s downright annoying for two reasons. First, I’ve had to clean up dog urine, several times a day, even though he’s been house trained for months. Second, I have no idea when to expect it, even though Harley is normally an obedient dog.

By this time, I was fed up and on the verge of an outburst. All that I learned in anger management—including the empowering “cooling thoughts” technique—was about to be wrecklessly thrown from the window. Consequently, Harley was about to feel my verbal wrath, unfair frustration, and aggressive nature.

Suddenly, I heard a still, small voice not 15 feet behind me. “It’s okay, Daddy,” my daughter said softly. “Don’t stress out. We can clean it up.”

These words had an immediate calming effect on me, and I relented. Keep in mind, Harley hadn’t yet been diagnosed with submissive urination, and I still didn’t know the proper method for dealing with it. But my daughter’s way instantly and forever changed my mind.

She approached me from the side while avoiding confrontational eye contact. She used positive reinforcement and soothing commands, like all good masters do. She forgave me even before I had the chance to make a mistake and was prepared to forgive me even if I made one.

“Who’s training who, here?” I asked myself in a moment of clarity. “Who’s the wild animal that needs taming and domesticating?”

Like she has before, my daughter displayed a profound amount of influence that day. In one fell swoop, she simultaneiously unlocked the pent-up frustration of her older father and pecking order uncertainty of her younger puppy, both of which are still learning the rules. It was some serious next-level inception type psychology on her part. (Again, Harley and I are more alike than I like to admit. We just manifest our insecurities in opposite ways.)

Since that day, I not only gained a greater understanding of my dog, but deeper meaning of posterity, youth, and innocence. In addition to bringing me joy, companionship, laughter, genetic congruency, and purpose, my budding children have given me something I never expected as their father: accelerated wisdom. They are “two for the price of one” enrichment.

Maybe that’s why Christ urged us to “suffer the little ones” or undergo the experience of children (“For of such is the kingdom of heaven”). Regardless if you believe in the Son of God or the afterlife, there’s universal truth in accepting children as not only our charge, but equals; and sometimes our leaders.

Related: Never postpone what you have the desire and means to do today