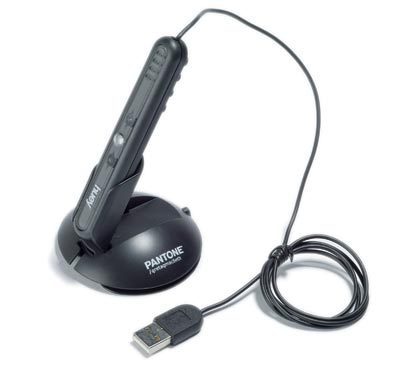 I wrote the following for the November issue of Business 2.0. Unfortunately, the magazine went under in October. Just my luck.

I purchased the Pantone Huey a few months ago on a recommendation by a friend. I had heard of monitor calibrators before, but mistakenly thought they only benefited persons with noticeable monitor discrepancies. The problem is that many times the human eye doesn’t readily observe discoloration, thus their owners continue to live in an imprecise and misrepresented world. The Huey has received many awards, it’s affordable, and it’s from the creator of the most widely-used color classification system around. In addition, the hardware enhances visibility for a variety of lighting environments and supports both Windows and Macintosh operating systems. Since first using the Huey, my monitor accuracy has peaked ensuring that both my readability and usability projects are done in superlative form.

But how much did it set you back?