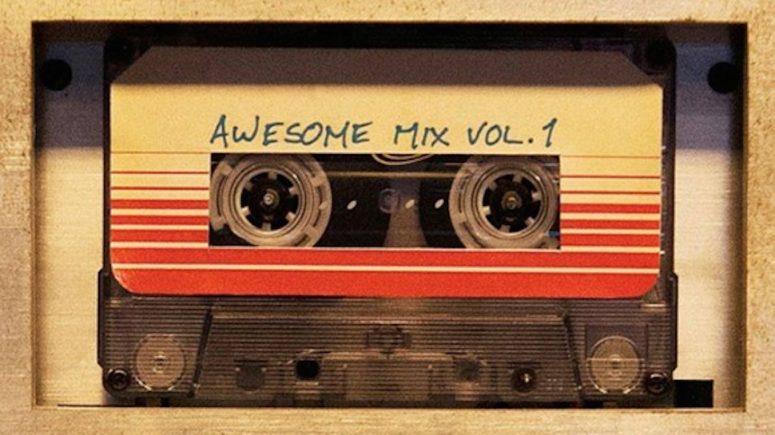 Music is easy now. Except when I’m forced to download songs ahead of time before venturing Off The Grid, I can instantly play any track, genre, album or compilation of recorded music with a spoken command.

“Alexa, play the new Taylor Swift!” I bark. (Spoiler, it’s better than her last single.) “Alexa, play ‘All Night’ by Big Boi.” (It’s bumping.) “Alexa, play ‘Feel it Still’ by Portugal The Man.” (It’s choice.) “Alexa, play Waiting On A Song… Gone Now… or The Click”—all front-runners for album of the year.

Whatever I ask—even amorphous requests for “dinner music” or “relaxing classical”—this inanimate robot gets things right 90% of the time. And when I don’t feel like talking, I can play what I want with a few taps of my finger on the portable jukebox I carry in my pocket. We’ve come a long way.

But while I’m grateful for the limitless amount of audible convenience we now enjoy, I often wonder about the price we paid to get here.

Consider mixtapes. Not the independent promotional freebies that rappers still give out in exchange for publicity. I’m talking about manually recording a finite, time-stamped, personal compilation from a number of different sources onto an actual compact cassette tape. Cherry pick and transfer your favorite songs from one cassette to another. Wait an hour with your finger on record to “rip” a song from the radio… while hoping the DJ doesn’t talk too much over the intro or outro. And sometimes, if we were lucky, use high-speed dubbing to make the otherwise grinding work a little more turbo.

Although compact audio cassettes first appeared in the 1960s, they didn’t become a household thing until the 1980s. Generation X swore by them. Essayist Geoffrey O’Brien later called mixtapes “the most widely practiced American art form.” Their transformation into a worldwide phenomenon was directly tied to the increased popularity of cassette car stereos and the iconic Sony Walkman.

The mixtape reached its pinnacle in 1995, just before compact discs went mainstream and a few years before “burning” became a thing. That year, acclaimed author Nick Hornby published High Fidelity, which was later adapted into a movie starring John Cusack. Both versions celebrate the art and craft of creating your own linear setlist on tape to be enjoyed by yourself or shared with someone you respect or love (aka “crush tapes”).

Writes Hornby, “To me, making a tape is like writing a letter—there’s a lot of erasing and rethinking and starting again… You’ve got to kick off with a corker, to hold the attention, and then you’ve got to up it a notch, or cool it a notch, and you can’t have white music and black music together, unless the white music sounds like black music, and you can’t have two tracks by the same artist side by side, unless you’ve done the whole thing in pairs and…oh, there are loads of rules.”

Oh, there were rules alright. But more than that, creating mixtapes took hours—sometimes days or weeks before you could get your hands on the desired song to be copied—either from a friend’s cassette, another mixtape, the radio, or your very own cassette that was currently on loan. Numerous questions that had to be answered. For example, who was the intended audience? Would you be making a 60, 90, or 120 minute compilation? And what applicable short songs could you call on when the reel was close to reaching its end?

Furthermore, you couldn’t leave too much blank space at the end of either side, because that would be considered annoying. It was best to start recording with the release of the pause button rather than a hard start of the record button because doing the latter resulted in unwanted noise. And you couldn’t just haphazardly select any batch of songs and genres because no one listens to music that way.

Mixtapes—good ones, at least—required a significant amount of time and effort. And that’s what made them so enduring. They were made with a lot more love and consideration than the quickie, always evolving “playlists” we’re accustomed to now.

Granted, playlists can do things that mixtapes can’t. I’ve made party playlists that entertain for hours without having to ever tend to them. In 2004, Apple and Pandora popularized “shuffle,” a wonderful feature in which you know what you want to listen to but still want to be surprised by the unexpected next song. On top of that, already great playlists can be easily shared and copied and then further refined to suit the listener’s individual taste.

Nevertheless, while the spirit of the mixtape inevitably lives on in playlists, they’re probably not as good as mixtapes. Yes, the former features greater breadth, speed, and accessibility. But when it comes to user-created DJ sets, we may have traded hard-working simplicity for paralyzing prolificacy. █

About the author: Blake Snow has been a full-time contributing writer and content advisor to fancy publications and Fortune 500 companies since 2005. He lives in Provo, Utah with his supportive family and loyal dog.

The one thing I would do with my mixtapes isn’t possible anymore with playlists, though, which is adding in quotes from movies or snippets of a joke/skit/punchline from TV. (See also: the Pulp Fiction soundtrack)