Lindsey, Sadie, Maddie, and I took a three hour drive to Moab, Utah the day after Thanksgiving to do a little casual site seeing. In between Sadie’s public disturbances, we managed to take some pictures of the beautiful red rock country. 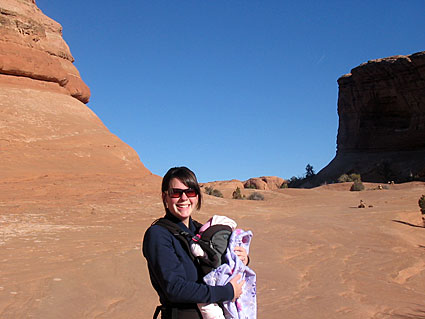 Here’s Lindsey and Maddie about two thirds into the three mile Delicate Arch hike. Unfortunately for six week old Maddie, this is one of the few pictures of her as she opted for sleep in lieu of curiosity.

Here’s a movie of the payoff, which doesn’t look nearly as impressive as it is in real life. Never mind the tourist congestion. 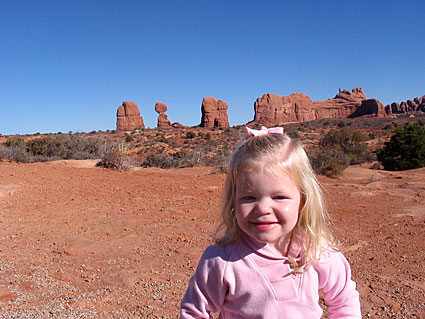 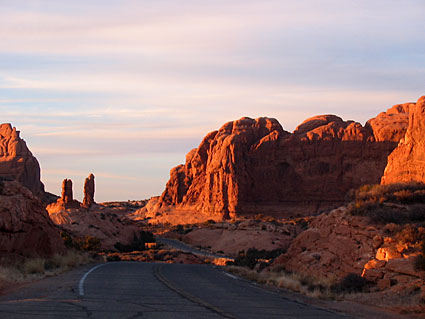 Sunset as we leave The Windows leg of the tour. 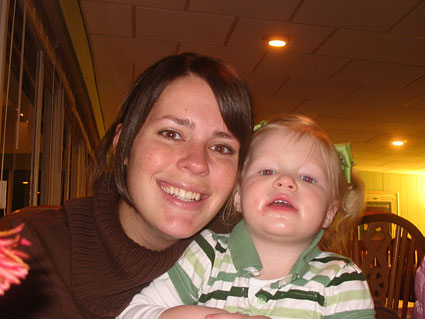 We eat dinner at the Market Street Grill, which overlooks the Moab area in all its glory. That shiny stuff on Sadie’s mouth is the remains of three butter packs. Butter in excessive is good for the brains of developing children — at least that’s what I’m told. 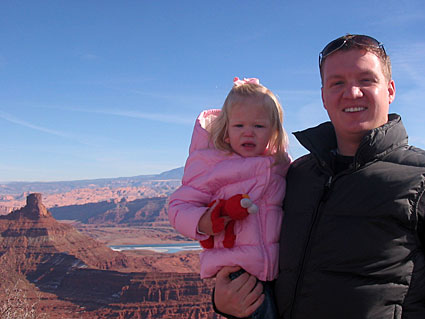 Sadie and I standing in front of Dead Horse. Yes, Elmo came along for the trip. 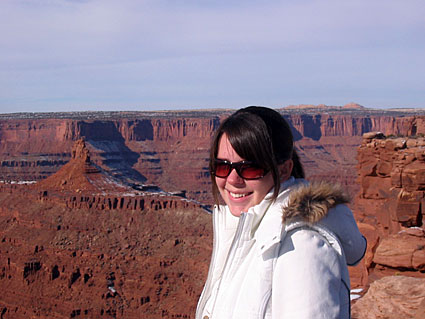 Lindsey looking like she should be in Los Angeles instead of Southern Utah. Doesn’t she look good, though? 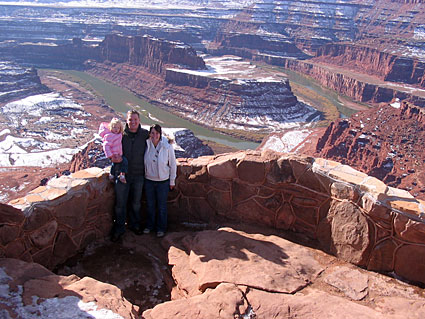 A semi-family portrait; Maddie was crying in her stroller alongside the estranged photographer.

Nice pictures, Blake. The inflections in your voice in the video sound like dad.

Beautiful pictures! I love Moab! You guys are so brave to take you 6 week old baby on a trip like that.