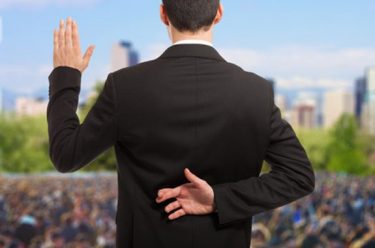 Several years ago, Provo politicians proposed a bond bill to the community to update century-old city schools. The multi-million dollar bond widely passed because the majority of voters agreed with the included line items.

The next year, the other half of the city wanted to update their schools. A second bond was proposed. Only this time, it asked for 40% more money for the same number of schools. Something was fishy. The numbers didn’t add up, despite politicians saying “lumber had gone up.” The community knew it.

Despite manipulative attempts through signs and public speeches that a “vote for yes is a vote for children,” city voters blocked the second bill’s passage. The next year, a revised bond was proposed with much lower costs and tomfoolery. So the community voted in favor of the revised second bond—a vote for both children and honest pricing.

I was proud of my city that day, but only after first telling our local politicians “no.” As in business, if there’s something you don’t like in politics—be it at a local, state, federal, or global level—vote no. And never let melodramatic or manipulate language convince you that “no” means you don’t care about what’s being voted on.

It might actually mean that you care even more and want our politicians to propose even better legislation with the least amount of corruption.