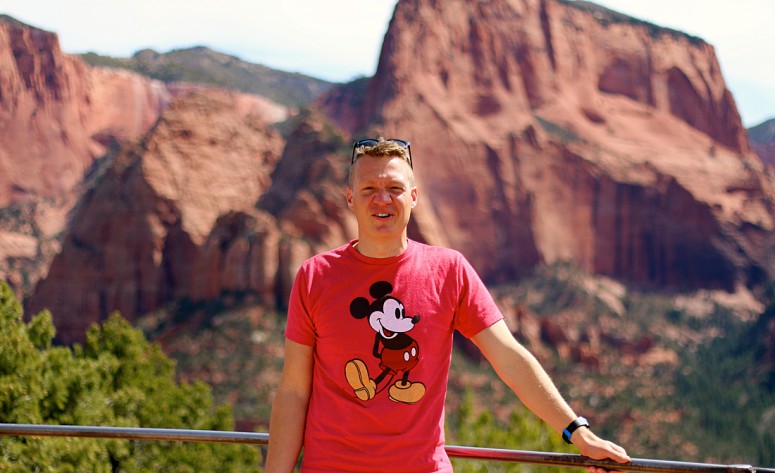 I get paid to publish online stories. I love my job. But the harsh reality is my contributions cease to exist in the absence of power. Save for only a few printed artifacts, I don’t keep hardcopies of the hundreds of feature stories and thousands of blog posts I’ve written over the last decade.

I was humbled by that realization earlier this spring. The first two publications that ever paid me to write—Engadget’s gaming blog (Joystiq) and GigaOM—both shuttered within 30 days of each other. Their closures reminded me how impermanent life (and work) is. For now, my archives live on (here and here), but there’s no guarantee they’ll remain. They’ll be totally wiped out in a post-apocalyptic world like Mad Max: Fury Road (which you should run, not walk, to see right now).

Excluding short articles and blog posts not on Smooth Harold:

I’ll let you in on a little secret: Beta, that silly subhead you see on so many websites, has been dead for quite some time. It just took a while before someone came out and said it. Here’s my latest from GigaOM, also syndicated on CNN/Fortune, entitled “Beta is dead”:

“Beta, as it pertains to web sites, has seen better days. Not long ago, saying the word as part of your web development cycle could help land venture capital even faster than claiming “community,” “paradigm shift” or “disruptive technology.” Now, the term is dissipated and confusing.

“While the specific origin of its use is unknown, beta as a tagline was popularized by a Google with the release of Google News in 2002, and later, Gmail in 2004. From there, startups quickly followed suit. By 2006, it seemed like every new web site was “in beta.” Continue reading…

Since 1999, major console makers including Microsoft (MSFT), Sony (SNE), Nintendo, and the now-defunct Sega have been touting online gaming as a mainstay of the industry. And though online console use is rising, mainstream apathy means the initiative has never matured.

Of the 172 million systems sold in the last generation of consoles*, an estimated 5 million gamers ventured online — representing just three percent of the market. But wouldn’t you know it, each and every major console circa the early 2000s was capable of online play (some better than others).

Santa Monica, California – If there was one buzzword at this year’s E3, it was “casual gaming” in all its synonymous varieties: family-friendly games, games for everyone, usability, intuitive controls, and accessibility, to name a few. Almost every game maker in attendance had casual gaming on their briefing agenda, even if only name-dropping the idea.

There’s no need to be coy; Nintendo’s Wii is directly to blame for the recent surge in interest of casual gaming and its much larger audience outside of hardcore gamers. Interestingly, that reality is transcending consoles, something that is sure to excite independent developers looking to avoid unfavorable licensing terms. Highlights from the E3/casual gaming convergence after the break.

Nintendo’s Wii gaming system has been a hit on the marketplace, but to keep the momentum, the company is making a strategic bet, and turning it into a developer platform. With enough developer momentum, iconic products say an iPod or Facebook, can become a mass market phenomenon.

Nintendo today announced a new indie developer platform for its widely successful Wii console, likely to launch in early 2008. Dubbed WiiWare, the service is said to enable developers to create smallish, new games via download on the motion-controlled system.

The attention surrounding MMOs (massively multiplayer online worlds) has never been greater. But it’s not just role playing games along for the ride; non-game, avatar-driven virtual communities are just as popular, if not by more, and we’re not just talking Second Life here.

So in an effort to cut through the hype and glean some context, here are the most popular MMOs in terms of active users or subscribers, based on publicly available data. These titles may or may not be games, but the medium has expanded far beyond Tolkienesque fantasy worlds. They all are Mac-friendly/Web-based with exception of Guild Wars.

The latest skirmish in the console wars took place this weekend, at the Mission District’s ultra-hip Foreign Cinema. That’s where Microsoft offered the gaming media a hands-on media preview of Halo 3, one of gaming’s most anticipated titles— and the company’s bid to expand their broadband audience.

Make no mistake about it, though the PS3 trails far behind and the Wii isn’t a direct competitor, the 360’s position as the HDTV-powered next gen champ is far from assured. The console has sold 10 million units to date since first launching 18 months ago, and claims six million online members to its Live service. It is hard to say how many of those are paying members, and how many are part of trial or some giveaway.

The Chinese government will begin regulating the number of hours that minors spend playing online games starting April 15. The new law requires national game providers to install anti-addiction software that warns under-18 gamers when they have played longer than three hours a day, what the government considers a “healthy” level.

Gamers that continue to play above the three-hour mark will only receive half the normal points up to five hours. After the five-hour mark, players receive zero points in addition to an annoying message every 15 minutes that reads: “You have entered unhealthy game time, please go offline immediately to rest. If you do not, your health will be damaged and your points will be cut to zero.”

Keeping in mind I’m no World Of Warcraft player, the “three hours a day will keep the doctor away” system seems generous, especially for youngsters. My democratic roots from an American upbringing, however, take issue with the whole government mandate thing. It just doesn’t feel right.

Former rivals Nintendo and Sega announced today a mashup title featuring the largest two franchise characters in video game history. Mario and Sonic At the Olympic Games will exclusively ship for Nintendo’s DS and Wii platforms later this year preparatory for the 2008 Beijing Olympics. Granted, cross-promotional games like Square/Disney’s Kingdom Hearts and Lego Star Wars have sold well in the past, but here are five reasons why the announcement doesn’t really matter.

According to Digital Spy, market research firm NPD says the PS3 is selling marginally better in its first four months than the 360 did for the same period. “Figures show that the PS3 is selling slightly faster in the US than the Xbox 360 did at the same stage in its release,” an NPD spokesman told the UK publication. The news comes amid a lackluster PS3 launch across most of Europe last week.

While the PS3 is still learning to crawl, its older brother is running marathons. Like 115 million unit marathons perhaps close to 130 million when it’s all said and done. Despite avoiding specifics, Sony’s Phil Harrison told CNN/Money yesterday that his company would be raising its PS2 sales targets above the already projected 13 million for 2007. If a reality, that means the would-be seven year old console would have sold more in its last year than Microsoft’s 360 did in its first.