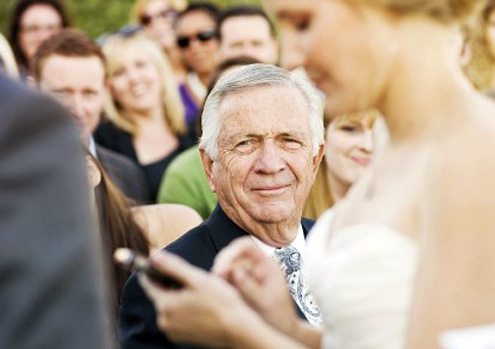 … than whipping your phone out at the alter. “Nothing’s official,” she said, “until it’s Facebook official!”

True story. Incredibly stupid. But true. The bride even had a pocket on her dress to hold her phone.

We now have the attention span of flies.

When used properly, I think iPhones are nifty devices. Like all Apple hardware, including my two Macs, they have an impressive interface. Still, iPhones are probably the most overstated status device of the decade. Case in point: Apple’s latest “Did you get my email?” commercial (shown), which attempts to embellish and sell three bad behaviors “without ever leaving a call.” Let me tear ’em down for you, may I? END_OF_DOCUMENT_TOKEN_TO_BE_REPLACED 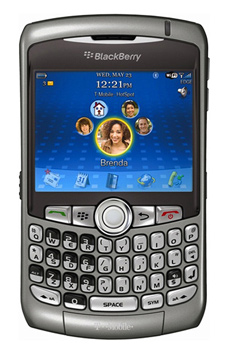 I got my first Blackberry, a pancake of a thing, back in January 2006. One replacement and 31 months later, I finally upgraded to a quasi outdated Blackberry Curve — I guess I’m what you call an apathetic technologist.

I’ve quickly grown fond of the 8320 and prefer it to the iPhone for the keyboard alone (though the camera, iTunes syncable media player, 2GB SD card, and Wi-Fi are more than functional).

But I digress. How often do you upgrade phones? It seems like some people swap every 6 months…

After four years, I canceled my Vonage line on Friday. I only used 20 minutes per month on average over the last year, so it made sense in my case to ditch the service, even though it works fine. Instead, I will rely solely on Blackberry and Skype for voice chat, as I have done for personal use since 2003.

I have so far managed to cut back my phone use by only answering expected or known calls. I check voice mail as soon as I’m notified, and I have a policy of returning both calls and emails within two working hours.

I tell my professional contacts that email is “preferred,” and my cell phone is “secondary.” To further encourage asynchronous communication, I reward emailers with faster response times. It works cleverly well, and I’m one step closer to my goal of ditching web access for an entire year. Whatever it takes.