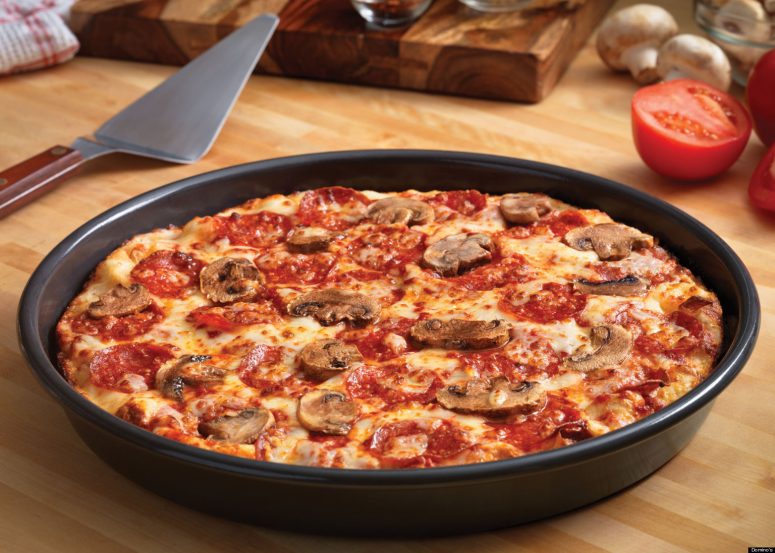 Because the best hand-tossed pizza in Utah doesn’t deliver deep dish—nor does Papa Murphy’s for that matter—my family will sometimes order Domino’s pan pizza. First introduced in 2012 after the company successfully reinvented itself, these medium-sized one-inch pies come in black boxes are are simply scrumptious. Not amazing—but above average and a great value.

When Papa John’s recently announced their new pan pizza, however, I thought it would be fun to compare their deep dish against the reigning king and the original gagster of pan pizza delivery (aka Pizza Hut).

I’m sure major cities have better deep dish delivery options than the aforementioned chains. But for everyone else or whenever a pinch, I wanted to know which national pizzeria delivers the best pan pizza. Plus I wanted a good excuse to throw a taste test party with friends.

After planning, ordering, eating, and scrutinizing all three last weekend, this is how six adult judges (my wife, four friends and myself) and one 11 year old (my oldest child) independently and unanimously voted: