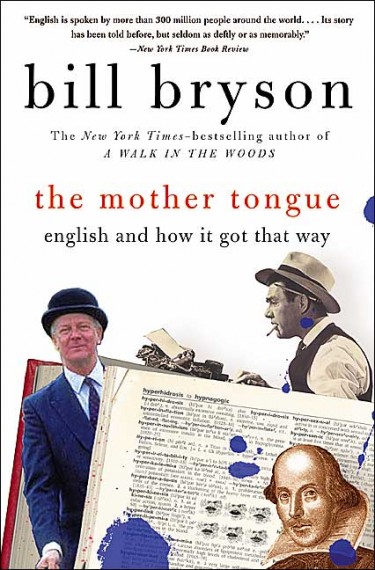 Although English is the third most spoken language after Mandarin and Spanish, it is the most spoken second language in the world. This is due to the power-brokers that speak it, its uniquely expressive vocabulary, and how it came to be, argues Bill Bryson in The Mother Tongue.

For being more like Bryson’s interesting read on domestic life and less like his masterpiece on science, I award it three stars out of five. These were my favorite passages: